Reclassify Achimota forest as reserve; it's a dangerous precedent – Minority to Akufo-Addo 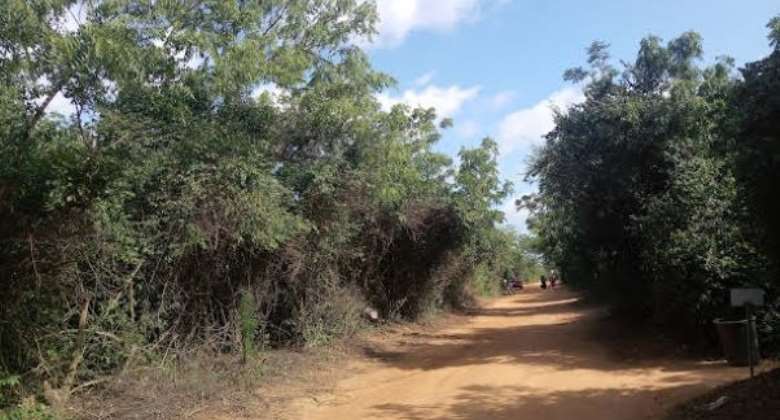 The Minority in Parliament has called on President Nana Akufo-Addo to, as a matter of urgency, take a second look at EI 144 and revoke his decision to declassify the Achimota forest reserve.

The President, under Executive Instrument 144, has lifted the 1927 classification of the entire Achimota Forest as a reserve thus paving the way for its re-designation, reclassification, sale and development by other interests.

The Minority, reacting to the government’s decision, said in a statement signed by its leader Haruna Iddrisu, that the president’s action was shocking.

According to the Minority, the decision is dangerous and “does not reflect our avowed objective of keeping the only green area in Accra, and, to a large extent, restoring deforested land in the country.”

The government said it is not selling the forest but releasing 361 acres of the land to its original owners.

The Minority, however, is of the belief that if any part of the Achimota forest is released to any original owner and committed to any use other than its present purpose, it will set in motion a catalytic action of demand for the return of the whole or parts of the about 265 forest reserves across the country to original landowners.

The statement added that destroying the forest will negatively affect the carbon dioxide present in the atmosphere in Ghana's capital city.

Below is the Minority’s full statement:

We observe with utmost dismay in consonance with the shock expressed by many Ghanaians on President Akufo-Addo’s decision to reclassify the Achimota forest. We equally denounce the huge appetite of government officials in present times in grabbing government lands all over the regions of Ghana and are particularly not amused by the extension of this objectionable act to include reserved lands.

To start with the decision to classify the Achimota forest as not a forest reserve any longer is dangerous and does not reflect our avowed objective of keeping the only green area in Accra and to a large extent restoring deforested land in the country.

Without a doubt, the Achimota Forest is the only existing greenbelt in Ghana’s capital city, Accra and any decision on that land should either add more ecological value to it or enhance its present value. Any decision by the Government to reclassify it as a commercial/residential zone, even if only a part of it, will not serve the ecological value effect but on the contrary, jeopardise the essence of the forest as a reserved area and will open it up to further abuse and non-ecological use.

It is our belief that if any part of the Achimota forest is released to any original owner and committed to any use either than its present use, it will set in motion a catalytic action of demands for the return of whole or parts of the about 265 Forest reserves across the country to original landowners.

The vain assurances of the Minister for Lands and Natural Resources that the,

“Land Use and Spatial Authority shall prepare a Master Plan for the development of the area, taking into consideration the ecological integrity of the remaining portions of the Forest Reserve" and that "the Master Plan must be approved by the Minister for Lands and Natural Resources, acting on the advice of the Forestry Commission, must be viewed only as a smokescreen to obfuscate the fact of the intention to compromise the integrity of the forest and to rape the land.

The Minister, who is a lawyer, must be very familiar with the popular maxim that you can’t put something on nothing and expect it to stay there. Those assurances could only have been taken seriously if the EI 144 that declared the cessation of parts of the forest as no more a reserve was not issued.

In fact, the Minister, in his attempt to seek solace in the calculated actions of the previous NDC government to preserve the forest as a carbon sink, asserts, in part that: “On 5th September 2013, the then-President of the Republic, H.E. John Dramani Mahama, gave Executive Approval for the conversion of the Forest Reserve into an Ecotourism Park, and to release the peripheral portions of the Forest Reserve to the Owoo Family, in accordance with the recommendations of the Committee.”

“However, because the land remained a Forest Reserve, by virtue of Order 31 of 1930, the lessees and sub-lessees could not develop the land, although they had obtained all the necessary permits.”

Does it not, therefore, go without saying that the leases and sub-lessees could not develop the land because their holders intended developments that were not eco-compatible, as intended by the previous government?

Is it not, therefore, fair to conclude that the purpose of EI 144 is to give the clearance for a free for all kind development of the Reserve now reclassified as part of the Okaikwei North municipality?

Again the minister in paragraph 7 of his 17th May 2022 statement admits that what was granted to the pre-acquisition owners of the land, the Owoo family by the Kufuor government in an agreement dated 28th November 2008 was the peripheral portions of the Achimota forest reserve totalling 90 acres, for a term of 99 years.

It was these peripheral portions of the Achimota Forest reserve land that was released in the year 2013 per executed leases to the Owoo family by the government of Ghana, without declassifying the reserve.

This required the family to observe the forest reserve classification of the mainland. Thus the Owoo family by law could only develop or sell the granted peripheral portions (90 acres) for only eco-compatible uses.

It is, therefore, befuddling that the Nana/Bawumia government wants us to believe that the reclassified 361 acres of the Achimota Forest reserve land as per the schedule of EI 144, as no longer being a forest reserve and releasing same for commercial development, is the same as the 90 acres which were granted to the Owoo family in the year 2008 and 2013 for eco-compatible development.

Indeed the previous NDC government under HE President Mahama, with good conscience, signed an agreement with Aikan Capital Ltd to create, develop, operate and maintain a world-class ecological park as a top eco-tourism destination worldwide.

This and the decision to maintain the whole of the forest as a Reserve was aimed at not only guaranteeing the integrity of the forest but also creating employment opportunities for Ghanaians as well as generating more income for the Forestry Commission.

Therefore, the latest dangerous, reckless and or possible self-seeking decision of the Akufo-Addo/Bawumia Government cannot and should not be misconstrued as a continuation of the previous government’s policy.

The President should as a matter of urgency take a second look at EI 144 and revoke it as soon as possible. worsen its abuse. Obviously, this will negatively affect the carbon dioxide present in the atmosphere in Ghana's capital city.