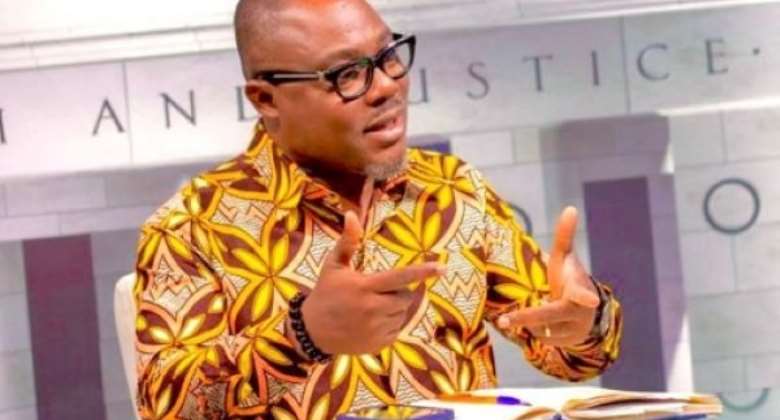 A senior political science lecturer at the University of Ghana, Prof Ransford Gyampo, has said for Ghana to be able to fight terrorist attacks, it must first tackle its own “internally-generated terrorising principles, rules, clichés and practices in our justice delivery systems.”

This, when done, according to the lecturer, will give the country the needed oneness to fight and repel “external terrorist attacks.”

The Ministry of National Security recently appealed to Ghanaians to be vigilant during mass gatherings across the country, as part of efforts to enhance security in public places following threats of possible terrorist attacks on Ghana

Reacting to the appeal in a Facebook post on Tuesday, 17 May 2022, Prof Gyampo noted that while Ghanaians must take the warning by the Security Ministry seriously, “those in charge of our security must know that the current delays in our justice delivery system make us insecure in our country. Can they issue another appropriately directed warning or caution?”

He further continued: “The wheels of justice turn instantly when Oliver Barker-Vormawor drives recklessly. But when people, captured on video to be using stones to hit the head of a soldier and killing him like beela (rat) are taken to court, the same wheels of justice takes more than 5 years to keep turning”.

“What do we think we are doing to morale among soldiers dispatched for national assignments? Are we not inciting soldiers against civilians? Are we not putting them aggressively on the defensive whenever they encounter civilians? If we cannot all advocate a finality to be brought to the trial of the murderers of Major Maxwell Mahama, without further delay, then the warning of a potential terrorist attack on us, to my mind, is merely hypocritical and diversionary.”

He added: “We are already living in fear and panic if the matter involving people who were captured on video pouring petrol on a soldier and burning him alive is still before the courts after five years. This is terrorising enough and the warnings about potential terrorist attacks make our situation worse. The lazy and bogus cliché of the wheels of justice turning slowly, makes all of us already unsafe, as it doesn’t deter such terrorizing murders like that of Major Maxwell Mahama.”

“While we must take the warning below seriously, those in charge of our security must know that the current delays in our justice delivery system make us insecure in our country. Can they issue another appropriately directed warning or caution?” the lecturer stated.

The lecturer had earlier stated in a separate post that: “Delays in administering justice for the murder of Major Maxwell Mahama under the lazy cliché that the wheels of justice turn slowly, is more terrorising than the threats of terrorism being bandied about. It’s like we are all fowls on the streets of Ghana.”

Meanwhile, a statement issued on Tuesday, 17 May 2022, signed by the Minister of National Security, Mr Albert Kan-Dapaah, said: “The ministry is making a strong appeal for heightened vigilance in areas of mass gatherings, especially at public places of entertainment and worship, such as churches and mosques".

“The employment of guards, security gadgetry and lighting of the areas surrounding the areas of public gatherings would all help, but nothing beats the vigilance of each of us individuals taking personal responsibility and looking out for each other.”

The statement noted that the “appeal is being made because there is a good reason to believe that the terrorists operating within the region have Ghana as a target and there is a need to increase security measures and engage the public to be more careful.”

It urged “managers of public places and gatherings to be extra vigilant” and “reassured the public that the security agencies and all those charged with maintaining the security of the state are working hard to ensure the safety of our country and its people.”