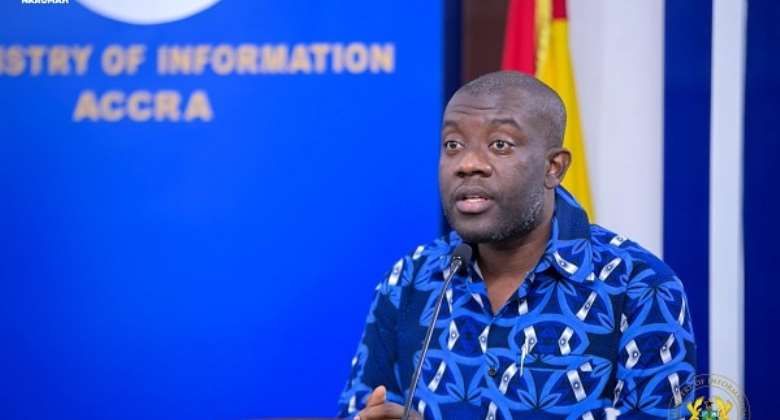 The Ministry of Information has condemned an attack on a Benya FM presenter during a live show by some unnamed men on Monday, May 16.

The ministry has, therefore, called on the District police command to promptly investigate and prosecute the alleged perpetrators.

In a press release issued on Wednesday, 18 May 2022, the ministry said the action by the thugs was unnecessary and without justification.

“The Ministry of Information condemns the reported assault in no uncertain terms and urges the police to promptly investigate and prosecute the alleged perpetrators accordingly,” the Ministry said.

It described as totally unacceptable, the attack on the broadcaster and said: “There is no justification whatsoever for a broadcaster to be assaulted simply for doing his work.”

The men attacked Osofo Blessing in the studios of the Elmina-based station during a live discussion about a shortage of premix fuel.

Deputy Minister of Information Fatimatu Abubakar has spoken to the manager of the station and the District Police Commander, both of whom are working together to investigate the incident and ensure that the suspects are brought to book.