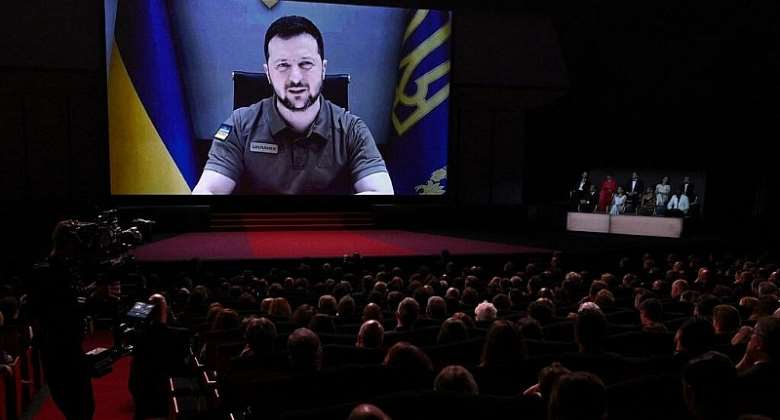 In a surprise speech during the opening night of the Cannes Film Festival Tuesday, Ukrainian President Volodymyr Zelensky urged filmmakers "not to be silent" over Russia's invasion of Ukraine.

During a live video call from Kyiv, Zelensky made reference to Charlie Chaplin's "The Great Dictator" and Francis Ford Coppola's "Apocalypse Now" as he reminded people of the responsibility of filmmaking.

While Chaplin's 1940 movie “did not destroy the real dictator” – Adolf Hitler – “thanks to this film, cinema was not silent”, Zelensky said, adding “the most brutal dictators of the 20th century loved cinema”.

Himself a former satirical actor and the voice of “Paddington” before being elected president, Zelensky said most films made about those dictators were “horrific documentaries and newsreels”.

“Will cinema stay silent, or will it talk about it? If there is a dictator, if there is a war for freedom, again, it all depends on our unity,” he told the Cannes audience.

"We need a new Chaplin to prove today that cinema is not mute.”