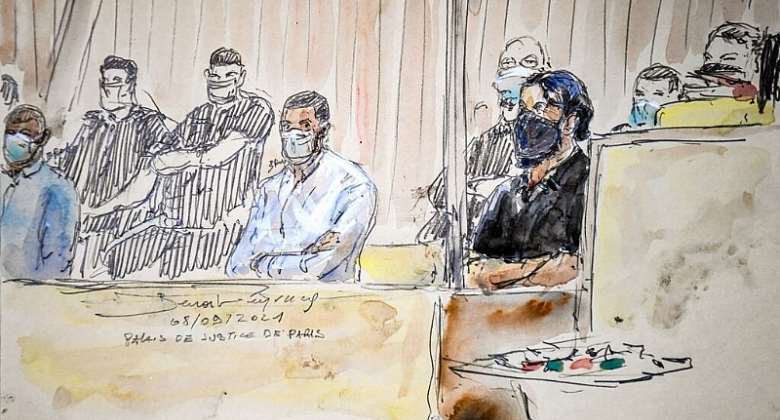 This week, the Paris attacks trial will hear the testimonies of 70 victims and their families. If the tragic facts remain the same, the individual experiences of the night of 13 November 2015, and of life since, are unique.

One young man, who almost lost his leg and his life at the Bataclan, spoke of the powerful solidarity of the injured who shared his long road to recovery at the Central Military Hospital in Paris. He was a patient there for 18 months.

"What remains for me is the support of the people I lived with . . . the medical staff, other victims, the grieviously injured . . . we survived, we laughed, we helped one another to mend.

"Personally, I have nothing against these people. I don't want to see them punished, one way or another. I don't want them to suffer the way Islamic State made their prisoners suffer.

"But I do wonder how people that I could have met in a bar could ever accept the jihadist mentality. That's exactly the opposite of everything I was told about religion."

A second witness thought he had been caught up in a gang war, some savage settling of scores between rival armed groups. It was only outside, when he heard of the night's other attacks, saw the injured, that he realised the Bataclan killings had been deliberate.

Life since has been a solitary struggle, against fear, against his own violence.

"I am a victim," he told the court. "But I don't want to be reduced to that status."

'I hoped it wouldn't hurt'
Another Bataclan escapee wondered why anyone would attack a crowd at a concert. "I immediately thought of the Charlie Hebdo killings, and I wondered, why here?

"My life did not flash in front of my eyes," she said. "I was sad that I was going to die at the age of 28. I just hoped it wouldn't hurt too much."

The court heard of the difficulties of some survivors: separations, insomnia, sackings, alcohol, pills, a life of fear.

One man spoke directly to Salah Abdeslam, the sole surviving attacker, who has asked for forgiveness.

"I truly forgive you," the witness said, "but with all the sadness of an adult whose life you have destroyed.

"And I wonder, if you are sincere in your repentance, whether you will work to make sure this never happens again."

Another Bataclan victim said he was haunted by his memories, especially of walking over the dead and dying in his own panic to escape.

"I live locked in my sense of guilt," he said, sobbing. "All I want is to be able to forget."

And the reassuring voice of court president, Jean-Louis Périès: "You are a victim, monsieur."

Metal and mixed metaphors
And, yes, two members of the band who were in concert at the Bataclan on the night of the attacks . . . The Eagles of Death Metal . . . did show up to testify.

They arrived late. They had little to say. They attracted inordinate media attention.

The group's lead singer, Jesse Hughes, explained that he prays for the terrorists, "that the light of the Saviour may shine in their souls". As a practicing Christian, he has forgiven the attackers.

The families and friends of those who died in the Bataclan might consider that to be beside the point. To say the best of it.