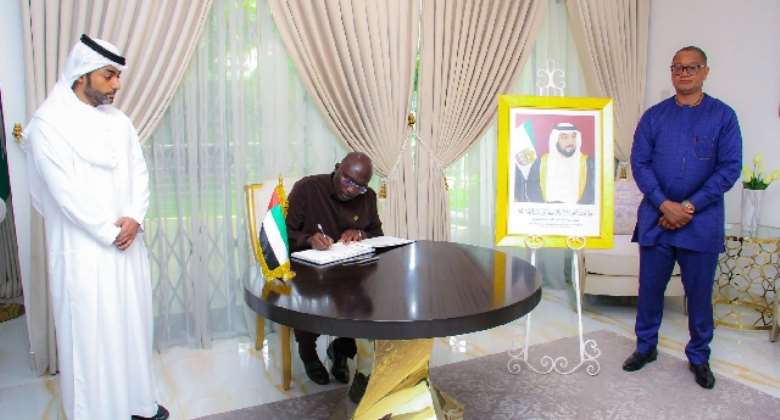 Vice President Dr Mahamudu Bawumia has signed the condolence book at the Embassy of the United Arab Emirates (UAE) in Accra to commiserate with the government and people of the UAE on the passing of President of the UAE, His Highness Sheikh Khalifa bin Zayed Al Nahyan.

“May Allah welcome him and grant him Jannatul Firdaus,” Dr Bawumia said.

The country has announced a 40-day mourning with flags at half-mast.

Work was suspended in the public and private sectors for the first three days, starting last Saturday.

He has since been buried in accordance with Islamic customs.