Explainer: why you don’t need to hold elected office to become PM in France 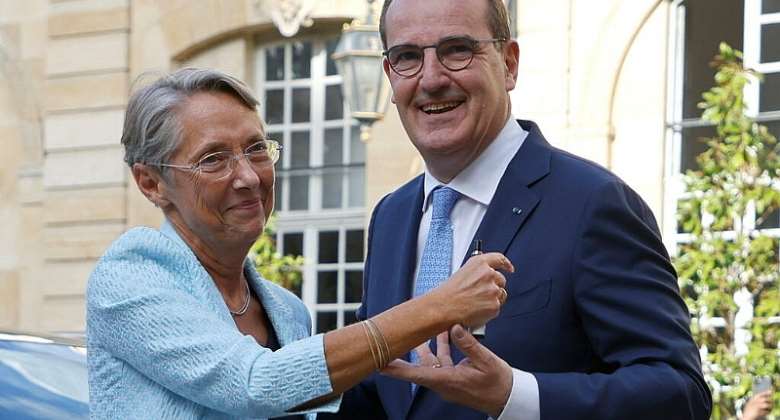 France is hurtling towards legislative elections with a new Prime Minister in charge of ensuring President Emmanuel Macron's party keeps its majority in parliament. It's a tricky task for the holder of the second-highest job in the land – who herself has never held elected office.

Freshly minted head of government Elisabeth Borne is seeking her first mandate in Calvados, Normandy. Should she fail to win office, she'll still be able to remain Prime Minister because, under the French constitution, all members of the government are appointed by the president – not elected by the people.

It's a fairly unique process. France is the only country in the European Union in which prime ministers get hand-picked by the president, who is both the head of state and head of the armed forces.

While not an obligation, it is tradition for a PM to be both an elected member of the National Assembly and to hail from the party who amasses the biggest majority in legislative polls that typically follow the presidential vote.

Since France's modern political era – known as the Fifth Republic – began in 1958, only seven prime ministers have been appointed PM without sitting on the benches of the lower house.

Among them are Jean Castex, who resigned on Monday, and the disgraced right-winger François Fillon, chosen by Nicolas Sarkozy.

Turn back the pages of history and you'll find that General Charles de Gaulle appointed two non-lawmakers to the top job. They were Michel Debré, in 1959, and his successor Georges Pompidou, in 1962.

In the absence of a parliamentary majority, it is customary for the head of state to recruit a prime minister from the party that won the lion's share of the 577-seat assembly.

Failure to do so would be risky business, given the National Assembly has the power to dismiss a prime minister – not even the president can do that – and to even bring down a government altogether.

One reason why France's upcoming June elections are so interesting is that a collection of left-wing parties have united to form a parliamentary group they hope will be powerful enough to force Macron's Renaissance party into a power-sharing government.

While hard-left leader Jean-Luc Mélenchon has appealed to the French people to “elect him prime minister” in what he's dubbed a “third round” presidential vote, in reality he has no such power.

The sort of so-called "cohabitation" government that Mélenchon – who came a close third in the presidentials – is looking to impose with his NUPES group has already happened three times before in France.

It's a shake-up that can completely turn a president's mandate on its head.

The first instance, from 1986 to 1988, came under the presidency of the Socialist François Mitterrand, who was forced to appoint right-wing rival Jacques Chirac as PM after losing his majority in the legislative polls.

Mitterrand was once again confronted with a majority of right-wing lawmakers from 1993 to 1995, when he appointed Edouard Balladur as head of government.

Two years later Chirac, Mitterrand's successor as president, was himself forced to name Socialist Lionel Jospin his PM after being confronted with a left-wing legislative victory in 1997.

In previous political periods, French PMs needed to be invested by the National Assembly by way of a vote of confidence. While this is no longer the case, a group of MPs can table a motion of no confidence to force a government to resign.

This means it's in the best interests of a prime minister – especially one with a skinny party majority – to present a policy programme to parliament and ask lawmakers for their support in helping to carry it out.

More than a hundred no confidence motions have been tabled during the Fifth Republic. Of those, only one – in 1962 – has led to the overthrow of the government.

France's unique political dynamic dictates that the number one job of Elisabeth Borne – a centrist and the second woman to serve as PM – will be to prepare and win the June legislative vote.

Only through strong polling can Macron and his Renaissance team implement its agenda of “reviving democracy” with a focus on the environment, health, education, employment, security and – not least of all – Europe.