Two Congolese journalists detained for 5 months after covering a protest 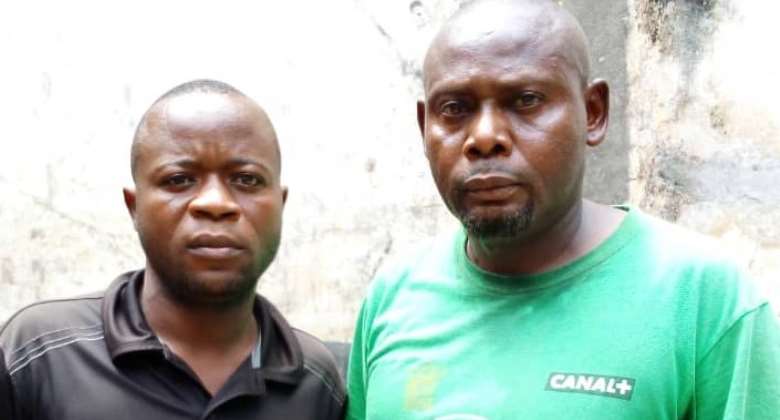 Journalists Christian Bofaya (left) and Patrick Lola have been detained without charge for five months in the Democratic Republic of Congo since January 10, 2022. (Photo: Chilassy Bofumbo)

Authorities in the Democratic Republic of the Congo must ensure the immediate release of journalists Patrick Lola and Christian Bofaya, who have been arbitrarily detained without charge for five months in the central prison of Mbandaka, the provincial capital of Equateur, the Committee to Protect Journalists said Tuesday.

On January 10, Bobo Boloko Bolumbu, the governor of Equateur province, ordered the arrest of Lola, a freelance reporter, and Bofaya, a reporter for the privately owned E Radio, according to the journalists’ lawyer, Junior Bonoke, who spoke by phone to CPJ.

According to news reports, Lola and Bofaya were covering a public protest organized by three provincial deputies whose election had been invalidated by the provincial assembly in October 2021. Police arrested the journalists and the three deputies for allegedly disturbing public order. The mayor of Mbandaka, Didi Edada, was quoted by Ouragan.cd as saying local authorities did not authorize the protest.

Bonoke told CPJ that the arrests and subsequent detentions of the journalists were politically motivated because the protests were organized by deputies who were critical of Bolumbu’s performance and had called for his termination as governor.

“It is outrageous that more than five months after their arrest, journalists Patrick Lola and Christian Bofaya continue to be detained without trial for simply doing their jobs and covering a newsworthy protest against the governor,” said Angela Quintal, CPJ’s Africa program coordinator, in New York. “Congolese authorities should ensure that Lola and Bofaya are immediately freed without charge or further harassment.” 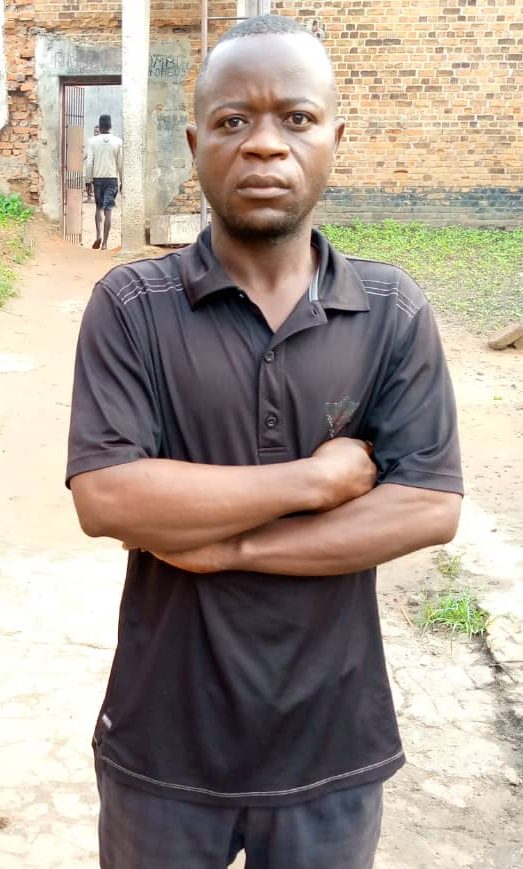 Christian Bofaya, a reporter for the privately owned E Radio, was arrested by police on January 10, 2022, while reporting on a protest. (Credit withheld)

After they were arrested, the journalists were escorted by Bolumbu to the police headquarters in Mbandaka, Bonoke told CPJ. After a few hours, the pair and the three arrested deputies were transferred to the military prosecutor’s office, where they spent two nights in custody.

On January 12, the journalists and deputies were taken to the Mbandaka Peace Court. The deputies refused to recognize the court’s authority because, as elected officials, they said they were subject to the jurisdiction of a higher court, Bonoke told CPJ. The five arrested individuals were all returned to prison, said Bonoke, adding that the governor escorted them at all times.

On January 16, the journalists and deputies appeared before the Mbandaka High Court, but the deputies challenged that court’s authority to hear the matter, saying they had already petitioned another court, and argued that the journalists’ cases had to be heard alongside theirs, Bonoke told CPJ.

Patrick Lola, a freelance reporter, was covering a public protest on January 10, 2022, when he was arrested by police. (Credit withheld)

Esther Nkonge, president of the Equateur chapter of the National Press Union of the Congo (UNPC), told CPJ by phone that they were working to secure the journalists’ release and had met with Bolumbu and his adviser. Bolumbu told the UNPC that the journalists’ file was at the national-level Court of Cassation in Kinshasa, the capital, and so they must wait for that court to rule on this case. Since the case was transferred to the Court of Cassation, there has not been any progress, and the journalists remained in jail, according to Nkonge.

On May 11, the governor’s deputy chief of staff, Rossy Bolekwa, confirmed by phone that the two journalists were still in prison but declined to comment further, saying the matter was before the courts.

Reached by phone, Taylor Ngazi, Equateur province’s vice-governor, said he was in Kinshasa when the journalists were arrested and has not followed developments.

In November 2021, Chilassy Bofumbo, editor-in-chief of the local broadcaster Radio Télévision Sarah, was arrested in Mbandaka while covering a protest. Bofumbo is awaiting trial in the same prison as Lola and Bofaya.

Bofumbo has been charged with contempt of authority, damaging imputations, public insults, rebellion, incitement of hatred, and incitement to civil disobedience. If convicted, he faces up to 12 years in prison. CPJ has urged authorities to drop the charges and release the journalist.

Going to the IMF with Ken Ofori-Atta leading will yield no r...
49 minutes ago