There’ll be no coronation in NPP — Kwabena Agyepong 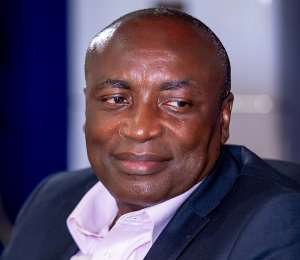 Former General Secretary of the NPP Ing Kwabena Agyei Agyepong has stated that the party will remain true to its time honored values and principles that place the authority to elect the Flagbearer firmly in the bosom of the polling stations executives around the country.

The party, he maintains, has always respected the democratic procedures where its leaders are selected through a free and fair electoral process.

According to him, the rules, regulations and values of the NPP make the party unique from all others, with the party prioritizing those democratic principles and values.

Addressing a message to the party grassroots ahead of impending rounds of internal elections, he urged party faithful to carefully evaluate and scrutinize the various campaign messages and vote according to their conscience and disregard attempts to woo them with material things.

In an interview with Accra based station Asempa FM Ing KA Agyepong emphasized that no position is reserved for anyone.

“Aspirants should be prepared to roll their sleeves, hit the road and go to the delegates with the right messaging. No amount of subterfuge, coersion, endorsements and outright force can derail the will of the majority. Nobody Should assume they have an advantage over another by virtue of association or position, nothing will be offered to anyone on a silver platter. The NPP will neither tolerate enforced succession nor coronation. There will be no coronation in the NPP,” he emphasized in an interview on Accra based FM station.

He also pointed out that Ghanaian political leaders should not lose focus of the very essence of politics which in the main should deal with the welfare of the underprivileged in society.