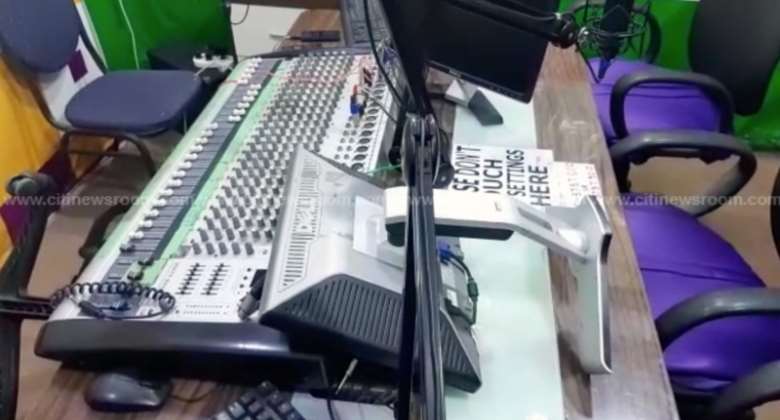 Managers of Elmina-based Benya FM have condemned the destruction of their equipment and assault of one of their staff.

The attackers stormed the studio whilst a live talk show on fishing and premix fuel distribution issues was ongoing and assaulted the presenter for speaking against the improper distribution of premix fuel in the area.

The radio station however went off-air after the program, and it is yet to resume broadcasting.

Eric Blessing Eshun, the presenter who was beaten, said “what I gathered there was that they are the boys from the MCE's [Ebo Appiah] office.

He said he had only told the MCE to find his boys “jobs to do or let them stay away from them [the fisherfolk].”

Mr. Eshun added that the matter has been reported to the police.

“We went to the police last night and everything was put on paper, and they gave me a report to go to the hospital.”

Responding to the claims, the MCE, Ebo Appiah, said the allegations were uncalled-for.

“It is so suicidal for the person to conclude that MCE’s boys [carried out the attack[. What does he hope to achieve?”

Mr. Appiah also said he expects the police to get to the bottom of the matter.

“This matter is a matter of the law and the police will deal with it drastically,” he said.

Speaker Bagbin calls on Israeli counterpart in Jerusalem
58 minutes ago