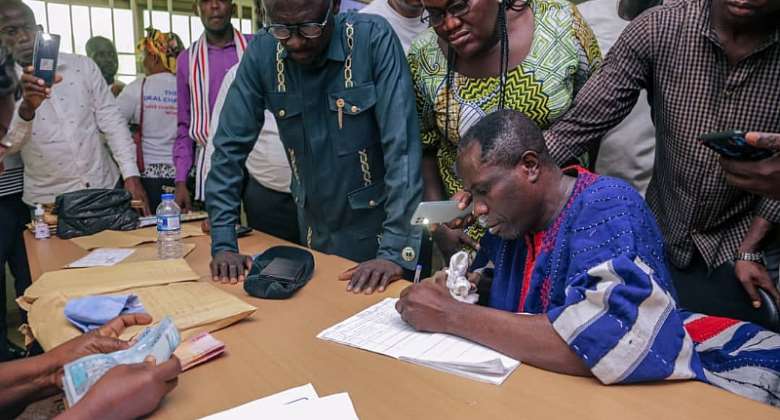 According to report, ten constituency Chairmen have already endorsed his candidature as they append their signatures on his nomination form.

Dr Joseph Kobina Essibu pick his nomination form on Monday, 16th May, 2022 at the party's regional office in Cape Coast ahead of the elections on May 29.

Prior to his nomination, some communicators had already urged him to contest the position as they consider him the ideal man for the job of breaking the '8'.

Dr. Essibu is an educationist, philanthropist and politician who hails from Awutu Senya West in the Central Region.

He is the founder and Director of Ideal College, a well-known institute with many branches across Ghana and is currently the Board Chairman for Cocoa Marketing Company, Ghana.

He has also contributed immensely to the growth of the party right from the polling stations to the national level in diverse ways.

Undeniably, Dr. Essibu was very visible in most of the constituencies in their campaign for the 2020 general elections.

He supported the party financially prior to the 2016 elections at the national, regional and some constituencies level which contributed to the victory of the party in 2016 and 2020.