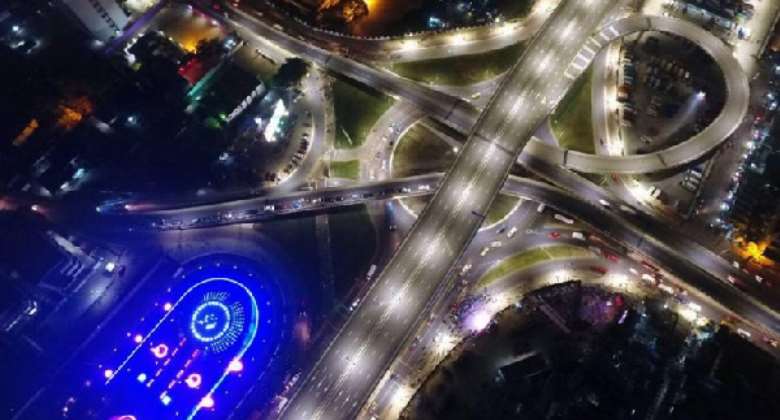 Folks, anytime I mention that President Mahama is the best thing ever happened to Ghana, some people think I'm doing propaganda, but the undeniable truth is that he has the mark of a visionary leader and visionary leaders are strategic planners. They possess mental mind’s eye; they have the ability to see things long before others - they seem to see the future. Average thinkers think only about the present, and about immediate gratification. But visionary leaders think about where they want to be in many years' time.

Interestingly, only about 10% of people in the world have this kind of ability, and I believe President Mahama is one of them. I know some people will not agree with me, but it is a fact, and I will prove it.

We don't value what we have till we lose it. Kwame Nkrumah was labelled by his adversaries as one of the worst rulers ever during his reign. But many years after his death, we have come to recognise his value, and have wished he is alive to continue the good work he started for this nation.

One of the worst critics of the Mahama administration confessed to me during the Christmas holidays some years ago that for once he will applaud President Mahama for conceiving the idea of the construction of the Kwame Nkrumah Interchange.

His reason was that there used to be heavy traffic from Accra Central through the Kwame Nkrumah Circle on every Christmas Eve, and people always had to walk long distances to get home. According to him the story has been different ever since the Interchange was built. There is now free flow of traffic even on Christmas Eve at Circle, something unprecedented and incredible.

The truth is that benefits of the Kwame Nkrumah Interchange go beyond what our friend stated. Before the Interchange was built, about 84,000 vehicles passed through the Kwame Nkrumah Roundabout everyday, and during rush hours, traffic was choked making motorists spend hours on end before they are able to pass through. The number of vehicles passing through that stretch could be more today. Assuming the Interchange wasn't built and motorists had to spend 2 litres (half a gallon) of fuel a day in traffic at the roundabout, at an average fuel price of GHC10 per litre, about GHC20 worth of fuel would have been wasted everyday on each of the 84,000 vehicles which passed through the area. If we multiply 84,000 by GHC20 we will have a figure of a whopping 1,680,000 Ghana Cedis every day. This multiplied by 365.25 days gives a gargantuan 613,620,000 Ghana Cedis (US$81,816,000) a year; and that is how much Government would have spent to import fuel which would have been eventually wasted. A kilometre of asphalt road cost 1,400,000 USD. This money which would have gone waste could build about 58 kilometres of asphalt road every year. It will only take a visionary leader to think of something of that sort.

This is just a tip of an iceberg what President John Dramani Mahama has in store for the good people of Ghana.

He is a gift to Ghana, therefore, our love for him must be unrequited. Let's all support his second bid for president, else posterity will never forgive us.

No matter how hard some people try to vilify, pillory and demonise him; one thing is clear: you cannot suppress the rays of a light - it will surely break-forth!

I like an Akan proverb which says that if someone who has chewed a calabash tells you he will chew a crab, you shouldn't doubt him. President Mahama has chewed and swallowed a calabash by solving the most difficult challenges of our nation -- infrastructure development; therefore, no one should doubt him if he says he will chew a crab -- putting the economy in shape and creating jobs in his second term to give a full meaning to the change we are craving for.

JDM has a genuine desire to contribute to our beautiful country, and I believe down my heart that he will not deviate from that path; he will not falter because his heart is pure and his faith is strong. He is breathtakingly phenomenon!

More from Feature Article
ModernGhana Links
Religion And Crime: Do You Know That There Are More Christians In Prison Than Atheists?
Tinubu And Obi Remain More Popular Among Nigerians. For VP Pick, Choose Competence In Shettima, Not Religion
The Dangerous Psychological Game Of Atiku, Why Wike Can't Afford to Lose, Okowa Caught Between God And Politics
TOP STORIES