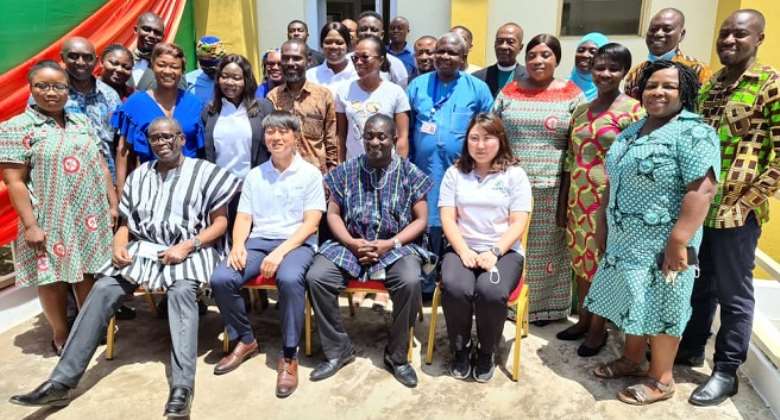 These leave little marks on the body of the patients.

This pleasant news was dropped during the opening of a new Laparoscopic Surgical Training Centre at KATH, which would also be used in the training of doctors in Kumasi and beyond in laparoscopic surgeries.

The opening of KATH Laparoscopic Surgical Training Centre, equipped with modern medical equipment, was made possible through the Korea Foundation for International Healthcare (KOFIH).

KOFIH donated a state-of-the-art Laparoscopic Tower (system used for laparoscopic surgeries), valued at a staggering US$ 234,231, to KATH.

Prior to the opening of the centre, KOFIH sponsored Dr. Dominic Darkwa, a surgeon at KATH, to the Republic of Korea to undergo a six-month intensive training in fundamentals and Advanced Laparoscopy in General Surgery.

Dr. Oheneba Owusu-Danso, the KATH CEO, commended KOFIH for its invaluable support to KATH, especially in laparoscopic surgeries, stressing that the centre would go a long way in improving surgery at the facility.

Speaking at the opening of the centre last Friday, he said “15 doctors and nurses have also benefited from lectures, simulation laparoscopic training and animal laboratory training with pigs” to manage the new centre at KATH.

“The second batch of health professionals from the hospital, made up of two doctors with specialities in General Surgery and Obstetrics and Gynecology and two nurses with backgrounds in peri-operative and recovery ward are currently undergoing training in South Korea,” he disclosed.

Still lauding KOFIH for its significant support to KATH, Dr. Oheneba-Danso announced that the second batch of KATH personnel in South Korea “are expected to complete their programme in the next couple of months” and return to KATH with their expertise.