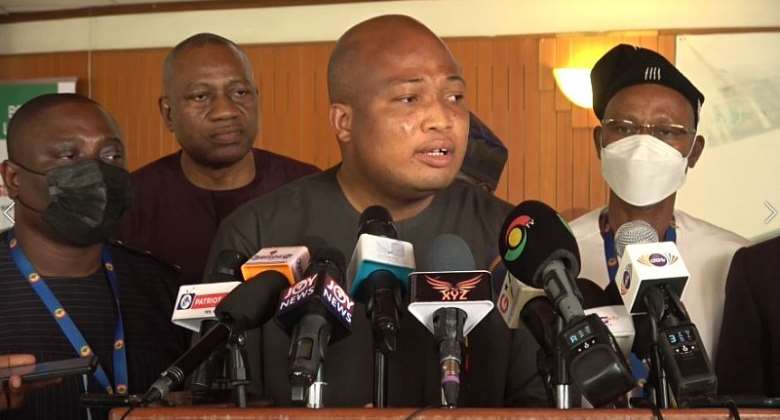 The Minority in Parliament has raised questions about government’s refusal to publish fully, the Sole Inquirer’s report in the aftermath of the demolition at the Bulgarian Embassy in Accra.

For the caucus, the government’s deliberate attempt not to make the report public smacks of dishonesty and complicity; a situation that must be condemned.

Ranking Member on the Foreign Affairs Committee of Parliament, Samuel Okudzeto Ablakwa, maintains that there is no need to hide the real findings of the Inquirer.

“It is important we emphasize the little progress that has been made because there are so many aspects of this matter that remain unresolved. The major concern of the NDC Minority caucus is that the 149-paged document must be published in full. We are not the least satisfied that this report has not been made public”, he said on Eyewitness News.

Mr. Ablakwa insists that, the diplomatic embarrassment must not be countenanced, and there is the duty to unravel the facts behind the demolition.

“Best practices recommend strongly that when an inquiry is conducted, the report is public. If you do not have anything to hide as a government or intend to shield anybody, you make the work of the Sole Inquirer public. Why is the government refusing to publish the full report. This statement is a white wash. It is a big joke. We are not going to accept this”.

Following the release of the report, the Ministry of Lands and Natural Resources said after studying the 149-paged report of the Sole Inquirer, it accepts the findings and recommendations in full.

In a statement, it said it has begun taking the necessary steps to implement the recommendations of the Sole Inquirer.

The report, parts of which have been released by the Ministry, recommended the sanctioning of the supposed private developer who caused the destruction directing him to pay compensation to affected persons.

The Ministry of Lands and Natural Resources has also directed that there should be 'no further developments” on the land housing the demolished Bulgarian Embassy facility pending the final determination of legal matters.

But touching on these developments, Samuel Okudzeto Ablakwa said they are not satisfying enough.

“If you read the Minister's attempt, you see a long chain of complicity. People conniving, distorting court's judgement. It is a clear conspiracy at various levels and there is only one scapegoat. Look at how weak the statement is recommending him for sanction. What do they take us for in this country? he quizzed.

The Bulgarians have a lease that expires in 2033 renewable as confirmed by the Lands Commission.

The Bulgarian Embassy, located at Kakramadu Road, Plot No. 10, East Cantonments in Accra, was partly demolished by the so-called private developer in 2017.

The Lands Commission ordered the developer to stop work on a redevelopment project on the site. But work has since been progressing.