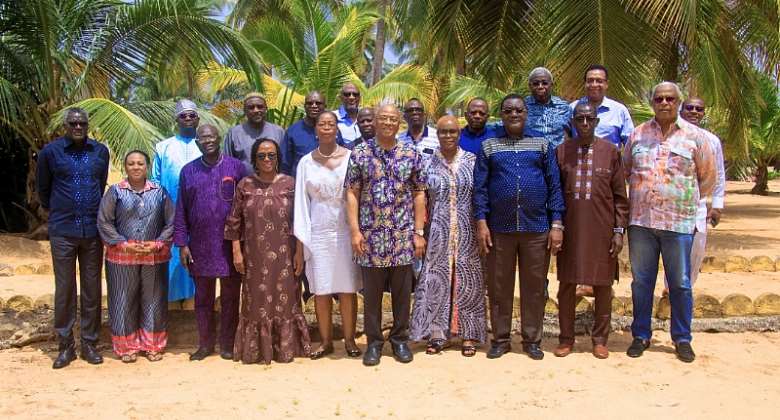 As part of monitoring and oversight of Permanent Resident Representations (PRR), ECOWAS has organized a retreat for resident representatives of ECOWAS Member States in Ouidah, Republic of Benin from 11th to 13th May 2022.

The objectives of the retreat was to discuss representations’ report, validate the draft headquarters agreement and present group work on the Representatives’ Manual.

In his opening address, the President of the ECOWAS Commission H.E Jean Claude Kassi-Brou welcomed representatives to historic city of Ouidah for the next three days to finalize crucial documents for the smooth running of ECOWAS Representations to Member States namely the Headquarters Agreement and the Representatives’ Manual.

Addressing the permanent representative, H. E President Brou said the retreat was organized to “report in the form of assessment of your activities as well as the lessons we can draw from them to strengthen your presence in the States; the finalization of the draft model headquarters agreement and the presentation of the conclusions of the group work for the elaboration of the terms of reference of the Representatives’ Handbook”.

After the presentation of their activity reports together with the challenges faced in their host countries, Permanent Resident Representatives deliberated on the Headquarters Agreement and Representatives’ Manual. After exhaustive discussions, it was recommended that the credentials of PRR should be addressed to the Heads of State rather than the Ministers of Foreign Affairs, regular updates on the economic and security situations of member states should be given priority by PRR and the Headquarters Agreement and PRR Manual should be finalized in line with the decision of ECOWAS Statutory Bodies, Vienna Convention on Diplomatic Relations of 1961 and Vienna Convention on Consular Relations of 1963.

Among the other outcomes reached at the retreat, it was agreed that the finalization of the Headquarters Agreement and Representatives Manual should be concluded by 3rd June 2022 and followed up by a validation workshop to be held in Cabo Verde from the 12th to 14th June 2022.