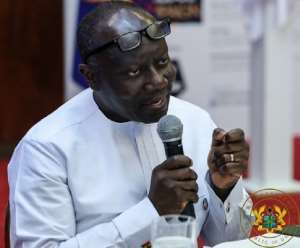 A political watcher, Jonathan Asante Okyere, has urged President Nana Addo Dankwa Akufo-Addo to rescind his decision to reintroduce the Agyapa deal through which Ghana’s gold resources would be collateralised.

According to him, if the president wants to govern and leave office in peace, he should prevail on his cousin, who is the Finance Minister, Mr Ken Ofori-Atta, to halt the decision to reintroduce the mining royalties deal.

The political watcher explained that the decision to reintroduce the deal which was fiercely resisted by some CSOs irritating.

“If the government stubbornly goes ahead to pass the Agyapa deal as it did with Electronic Levy (E-levy), we will pour out onto the streets of Accra to protest,” he warned.

He said the president must call his cousin to order since Mr Ofori-Atta’s style of managing the economy is nauseating.

He served notice that if the president is not careful, CSOs will make the country ungovernable for him.

He said under this government, almost every fund has been collateralised such as the Ghana Education Trust Fund (GETFUND), Road Fund, Ghana Infrastructure Fund, Heritage Fund, and the Energy Sector Levy Act among others.

“What is this government leaving for the generation that will come after us from the way it is collateralising every available fund for loans in the country?” he wondered.