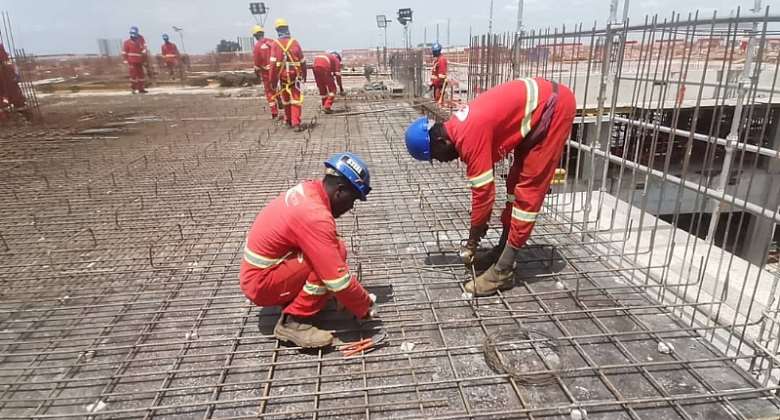 The second phase of the multi-million-dollar Kumasi Central Market Redevelopment Project is in limbo as scores of workers employed by Contracta Enginharia Limitada, the contractor for the project, are on a sit-down strike.

The workers commenced their industrial action on Monday, May 16, 2022 in protest of poor conditions of service.

Some of the workers who spoke to this reporter on condition of anonymity over fear of victimization said the company has failed to review their conditions of service after several attempts to meet them on a round table discussion have failed.

They disclosed that Master apprentices who are working with the company are paid as low as GH¢ 1,500 per month.

They revealed that the company rejected a proposed 20 per cent increase in their base salary and opted to give 12 per cent, sparking anger among the workers.

When this reporter visited the construction site on Monday, the workers were missing.

When the reporter contacted the community liaison officer for the Contracta, Mr Emmanuel Danso after confirming the strike action said the company has already gotten in touch with the leadership of the workers to resolve the issue.

He added that the company will not do anything to shortchange the workers and pledged to give the workers what they deserve.

Are black people capable of managing their own affairs? – Pr...
55 minutes ago