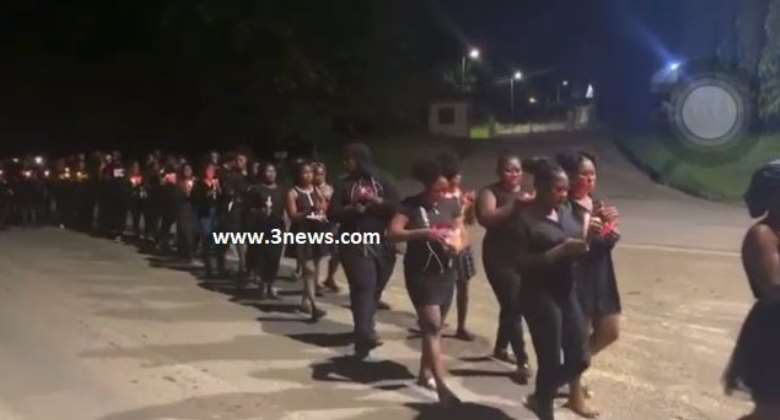 Some mates of Nana Ama Clark have held a vigil on the campus of the Cape Coast Technical University (CCTU) in her honour.

Miss Clark was found allegedly murdered on Friday, May 13 at OLA Estate, a suburb of Cape Coast.

Her lifeless body was found mutilated as suspicion was rife her alleged murderers may have taken away the missing body parts for rituals.

Already, her boyfriend, Nicholas Ato Bronk Taylor, has been remanded in police custody after being picked up to aid investigations.

On Sunday, May 15 when Nana Ama Clark would have celebrated another birthday, her mates had to pay tribute to her with a solemn vigil.

They wore black and carried candles to remember her.

Meanwhile, alumni of the technical university have called on the Ghana Police Service “to ensure swift action towards the apprehension of the perpetrators of this brutal act and bring them before the law courts”.