The Train Is Coming - Part 3 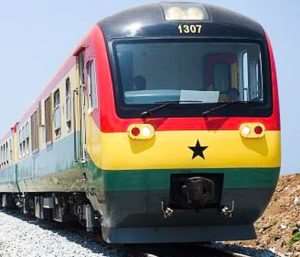 Three weeks ago, in the early part of April 2022, I decided to investigate the extent of railway development in the country because although it was flagged as a major issue in the early part of this government’s pronouncements, it appeared to have dropped down the list of activities and priorities. Prompted by a friend who works in the sector, I approached it as a train enthusiast pining for the good old days.

After the first article appeared, I was pleasantly shocked at the response. The first shock is just the sheer number of people who must be missing the use of trains.

Most of these people who called or wrote to me in one form or another are in the upper age bracket since railways as a mass transit system has been absent in Ghana for nearly forty years now.

Indeed, the first time I realised that young-ish people in Ghana may not have any experience with railways was a few years ago when two friends of mine, both artists, went to Italy for a major exhibition.

They were then in their late twenties or early thirties and the most exciting part of their report on their return was about the train journeys they took while in Italy. It took me a while to figure out their excitement; that was the first time they had experienced trains in their lives.

After my first article, many of the responses – verbally and in writing – reminisced about the joys and convenience of train travel either here in Ghana or abroad. Some went into nostalgic details that bordered on the emotional while others, of the younger brigade, wanted to know more.

Shock turned into astonishment with the second article, which was mainly based on an interview with the CEO of the Ghana Railway Development Authority, Mr. Yaw Owusu. It appears that few Ghanaians are aware that railway development is going on quietly in the background.

As we speak, a portion of the Eastern Extension Line and the Western Line will be operationalised with trains running, hopefully, this year. Other parts are due for commissioning. Indeed, another part of the Western Line is due for sod-cutting by the President in June this year.

People are astonished that what could be trumpeted as an achievement by the government has been such a low-key information activity. Of course, there have been sod cuttings and public ceremonies to do with trains and railways development but on the whole, the sector has not attracted much fanfare. Of course, you can look at it from two different perspectives.

The railways authorities – Ministry, GRDA, and the Ghana Railway Company Limited, which is the company running trains, probably want to cross a certain development threshold before raising the decibel level.

Another reason could be that since the majority of Ghanaians don’t think of trains, there has been no pressure on the authorities, or the media to tell train the railways story.

This contrasts sharply with road travel with which we are all familiar and for which we have regular and insatiable need. There is not a day that passes by without a community reminding the government of its road in some way.

Now that we are in the rainy season, the calls to the government about roads are going to skyrocket and with that will come promises that are hard to fulfill because of the sheer numbers of roads requiring to be built or repaired. Of course, railways are notoriously expensive but offer value for money in the long run.

It is hard to make the case for the prioritisation of railways because it requires a lot of money and will not connect every village and town the way roads do at the moment.

However, when rail travel connects our main travel routes for goods and passengers, our roads will last longer making money available to construct roads that connect food-growing areas across the country. Combing roads and rail will ensure that every part of the country enjoys the most modern and convenient travel network.