By Tolu Olarewaju - The Conversation
Article 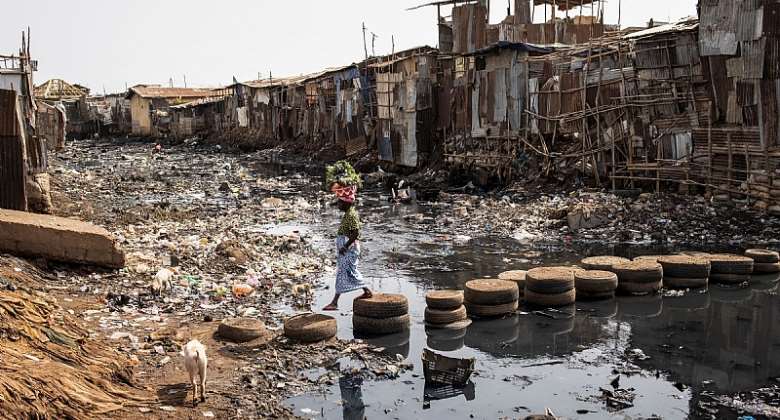 Tribalism often leads to diversion of funds meant for development in Africa. - Source: Photo by John Wessels/AFP via Getty Images

In fact, the world's 20 most ethnically diverse countries are all African.

An ethnic group is a social group that shares a common and distinctive history, culture, region, religion or language.

The reason for this diversity in sub-Saharan African countries is chiefly that almost all of them were carved into colonial territories without regard to ethnic boundaries.

The region also accounts for 40% of the world's extremely poor (around 276 million people who survive on less than $1.90 a day).

Ethnic poverty occurs when there is systemic poverty for an ethnic group.

We reviewed the connection between ethnicity and poverty in a chapter of the Encyclopedia of the UN Sustainable Development Goals.

Goal 1 is to end poverty in all forms everywhere and the encyclopedia is the first comprehensive publication addressing the goals in an integrated way. Our chapter provided an overview of research on ethnic poverty in developing and developed countries.

We focused on ethnic poverty because some people are more likely to be in poverty due to ethnic differences in education, employment, entrepreneurship, and access to infrastructure.

Members of ethnic groups in power sometimes distribute resources to fellow members at the expense of national growth.

In addition, different ethnic groups don't always agree on what goods and services public money should be spent on. Inadequate public spending contributes to higher poverty.

Differences and favouritism often make it difficult to take inter-ethnic group action, such as addressing poverty. While the poverty rate has been falling in Africa, it has not fallen fast enough to keep up with population growth.

The work for the encyclopaedia shows that African nations, among others, would do well to consider including diverse ethnic groups in transparent governance structures.

Poverty goes beyond a lack of income and material resources. It shows in hunger and malnutrition, and access to education and other basic services. It's also about social discrimination and exclusion from decision-making.

Their governance styles may differ historically too. Not all are similar to western-style democracy.

Ethnically related wars and genocides have also slowed progress towards ending poverty. Conflicts in Liberia, Somalia, Rwanda, the Democratic Republic of Congo, Uganda, and Chad, among others, have led to civil wars exacerbated by a struggle for ethnic identities and resources.

African countries can better represent the interests of their numerous ethnic groups by engaging them in both formal and informal governance structures reflecting diversity.

Formal governance structures could be political roles that take into account ethnic groupings. Informal structures could be local committees that pursue projects of interest to the ethnic community. Traditional village leaders could also be useful whenever these leaders can be held accountable.

Rather than just a standardised national approach to poverty reduction, more is needed to promote local participation that can address specific ethnic issues.

How to reduce ethnic poverty

Our review showed that to reduce ethnic poverty, ethnic minorities should be given better access to education, resources, infrastructure and opportunities.

pursuing a strategy of balanced urban and rural socio-economic development.

Mauritius and Botswana are examples of sub-Saharan countries that have used this to reduce poverty. In fact, Mauritius was able to eradicate extreme poverty in 2017 by diversifying its economy and following this strategy.

These governance structures will need to enhance inter-ethnic group cooperation, especially with regard to economic management.

They should embody the principles of participation, inclusion and consensus-building among Africa's numerous ethnically defined social groups.

Tolu Olarewaju does not work for, consult, own shares in or receive funding from any company or organization that would benefit from this article, and has disclosed no relevant affiliations beyond their academic appointment.

Latest Photo Reports
Catch up with all the political quotes from our politicians.
Advertise here
More from Article
ModernGhana Links
Legalization, Control & Commercialization Of Cannabis Will Do More That E-Levy Failed To Do
Interconnectivity of Research Findings with Society
Digital migration: court delay upholds information rights of poor South Africans
TOP STORIES