Deborah's Lynching and the Hypocrisy of Humanity's Morality: A Sign of Deep-seated Hatred 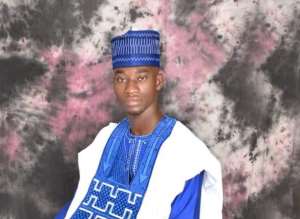 One of my favorite quotes in the Bible is when Jesus says in Matthew 7:5, "you hypocrite why do you want to remove a speck in the eyes of others when there's a log in your own eyes?"

Free your own eyes of the dust of a cement bag mixed with sand first before you remove a particle of sand in your friend's eyes!

Thus, "And insult not those whom they (disbelievers) worship besides Allah, lest they insult Allah wrongfully without knowledge. Thus We have made fair-seeming to each people its own doings; then to their Lord is their return and He shall then inform them of all that they used to do." Qur'an 6:108

For this reason, it's forbidden for Muslims to ridicule or insult the gods of other faiths.

Say what you like either out of jealousy or hatred for Muslims, such an injunction depicts the pinnacle of wisdom of the author of the Qur'an who does not only show compassion and love for the human race, but also is a champion of harmony, peace, and cooperation.

The senseless killings and carnages in recent times have been one social canker cantankerously savaging and rampaging the human race, especially in our Africa soil.

From road carnages to ritual killings, even political killings, and lynchings or mob justice have seemingly come to be part and parcel of our society regardless of what the victims do.

If you observe closely there seem to be some level of acceptability of political martyrdom in every democratic jurisdiction: every other election year people's lives are wasted in the name of winning elections.

Mostly, we rant about them and let go. Nobody often takes to the cleaners even the current leadership of that political ambience let alone going down history to calling out the founders of those political parties. And this has so been peculiar to both Ghana and Nigeria as the duo serve as beacon of civil governance and champions of democracy in Africa.

If you have been paying attention to the happenings on the social media of late, the killings are just too much. Just within last week alone I personally chanced upon the news of a rather gruesome deaths of two ladies whose private parts were harvested from them.

Killings like these are usually associated with ritualists who want money at all cost. And they never hesitate to sacrifice what it takes to have want they want. Even to the point of sacrificing the human live simply to honor the god of the mammon (money).

This evil has been part of us since time immemorial. Yet people hardly decry it. It's normal.

Again, over the years, people have lost their lives for attempting to pickpocket someone's money or some item at the supermarkets.

Makola and Kejetia markets in Ghana are notorious for burning lives with car tyres simply because they were caught for "attempting" to steal any amount however meager or valueless they may be.

Regardless, the human live has always been precious above everything else yet people take these precious lives for sometimes just merely on suspicions.

Barbarians who carry out such barbarism have often been ignored by the society. And decrying such activities have often not been given the voices they deserve, and duration and intensity of their campaign usually don't last longer.

One usually finds heroes and heroines, social activists and so-called justice lovers who want the world to come to an end when someone's hand is said to have been chopped off by a decree of religious Book where it's a law to do so. And that is, after it's been established that he stole to collapse someone business.

This is the case in respect of the recent lynching of a supposed blasphemer of the Prophet of Islam which is appearing blown out of proportion. As if nobody has never been lynched before.

Meanwhile, all-die-be-die. Why this hypocrisy?

People who never see it urgent commenting on heinous crimes of harvesting female private parts having killed them are now seeing something wrong with killing people. Those who never see it barbaric lynching a suspected thief, now think lynching is evil just because of those behind the lynching this time around?

While we condemn in no uncertain terms, the lynching of anybody or killing them for any reason, it is important we point out why people commit such crimes.

It is a matter of priority. What is most valuable to you.

How many lives have been killed in the southern Nigeria because of money? How many people have been used for sacrifices in order to make money ritually? How many people have lost their lives for mere suspicion that they are suspect of a theft of meagre value if not worthless vis-a-vis the precious human live? How many lives have been killed during electoral violence? Do we know the number of political martyrs in Africa alone, people who have been murdered because of politics?

But society is often quiet about these heinous crimes or usually foot drag them til such crimes die natural deaths.

Mostly, the best we do is share crocodile tears but pop champagne corks behind the scenes in celebration of those deaths because our political parties have won after all. Because we are now going to make money having hacked the genitals of your fellow human for sacrifice.

Why the only time the human life's preciousness is made reference to is when it's religious killings?

Especially if it's Islam? Could this be hatred towards Muslims?

Well, for Muslims, the love of God takes precedence over all other things. This is followed by the love for the Messengers and Prophets of God. And I believe not only Muhammad, if you dare insult any other Prophet be it Jesus, Abraham, Moses or Noah, you would incur the wrath any average Muslim.

This is Islam essentially. That is why the Companions of the Prophet or the earlier Muslims could abandon their businesses, families, enjoyment of life and went to war ready to fight to their deaths for the love of God without absolutely nothing to gain.

And this narrative is in the blood of every true Muslim – loving God and His prophet more than anything else.

This love and reverence for God more than anything else is what helps Muslims to go about their religious duties such as praying five times daily, giving compulsory charity to the needy and fasting during month of Ramadan without hiding to eat or drink or have sexual relations with their spouses.

But it's usually taken out of proportion. And that's why there's no declaration of war yet some misguided elements in Islam will ignorantly go and attack and kill innocent lives.

Be that as it may, if something that is part and parcel of us like killings and lynching of innocent people for whatever reason happens, it is not appropriate to selectively condemn them. Evil is evil. And what is good for the goose must be good for the gander.

I thought the world was full of religious people than atheists. And even some atheists are humanist who have sense of compassion for others.

Where is the love, justice, fairness, and the religious values of standing for humanity?

Doesn't the Good News says do unto others as you want them do unto you?

Why is it that some invasion of other countries are okay but the whole world must rise up against other invasions?

Where did we lose our moral compass and composure as humanity?

Let's respect the dignity of every human being, whether from the west or east.

If your religion does not teach you not to insult other religions, for the peace and harmony of society, don't insult them.

Also, if there's a law to hold people accountable for their conduct offensive to you Islam teaches that you must abide by that law whether Shariah law or secular law to addressing that grievance. The Shariah forbids a Muslim to disobey any law in place of the Shariah. Taking the law in to one’s own hands is strictly prohibited by Shariah.

May God have mercy upon humanity.