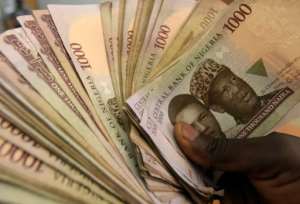 As the primary elections of various political parties are set to commence in full this week, the leadership of the various parties have geared up activities towards a successful exercise.

A visit to some party offices in the Federal Capital Territory showed that the various sub-committees for the screening of aspirants for various elective posts have been set up while some have started working already.

However, there is a section in the new electoral act that has become a source of concern among the various screening sub-committee members; which is the under-reported Section 29 (8) of the amended Electoral Act 2022.

The Act reads: "A political party which presents to the Commission the name of a candidate who does not meet the qualification stipulated in this section, commits an offence and is liable on conviction to a fine of N10,000,000."

In similar vein, sub-section (2) of the same Section 29 of the Act says: "The list or information submitted by each candidate shall be accompanied by an affidavit sworn to by the candidate at the Federal High Court, High Court of a State, or Federal Capital Territory, indicating that he or she has fulfilled all the constitutional requirements for election into that office.

While sub-sections (3), (4), (5) and (6) says: "The Commission shall, within seven days of the receipt of the personal particulars of the candidate, publish same in the constituency where the candidate intends to contest the election."

(4) "Any person may apply to the Commission for a copy of nomination form, affidavit and any other document submitted by a candidate at an election and the Commission shall, upon payment of a prescribed fee, issue such person with a certified copy of the document within 14 days."

(5) "Any aspirant who participated in the primaries of his political party who has reasonable grounds to believe that any information given by his political party’s candidate in the affidavit or any document submitted by that candidate in relation to his constitutional requirements to contest the election is false, may file a suit at the Federal High Court against that candidate seeking a declaration that the information contained in the affidavit is false."

(6) "Where the Court determines that any of the information contained in the affidavit is false only as it relates to constitutional requirements of eligibility, the Court shall issue an order disqualifying the candidate and the sponsoring political party and then declare the candidate with the second highest number of valid votes and who satisfies the constitutional requirement as the winner of the election."

Undoubtedly, Section 29 of the amended Electoral Act should be one of the major focus of the screening sub-committee members of the various political parties because it comes with heavy penalties against defaulting parties.

Accordingly, it is unfathomable that a political party; after fighting hard and spending huge resources to win election but only to be denied victory by the court on account of fielding candidates with fake qualifications as well as being fined the sum of N10 million is not something that is palatable.

Nevertheless, following the successful sale of nomination and expression of interest forms by various political parties, allegations and counter allegations about some aspirants with forgery certificates have been surfacing in our various news media since last week.

One of such accusations was the case involving the former Minister of Aviation and Senator representing Anambra North Senatorial District in the National Assembly, Senator Stella Oduah who was alleged to have forged her credentials up to the National Youths Service Corps level.

According to a group known as "Concerned Anambra North Peoples Democratic Party Stakeholders" in their petition to the National Chairman of the People's Democratic Party, Dr Iyorchia Ayu, the group urged the Chairman to order the former Minister of Aviation, Senator Stella Oduah to produce her National Youth Service Corps certificate or be disqualified from participating in the party’s primary election for Anambra North Senatorial District.

Leaders of the group; Sylvester Nnalue and Emmanuel Uduaka said, "Senator Oduah should be disqualified for presenting doubtful documents and credentials all of which they said were in the custody of the Independent National Electoral Commission and the public domain."

Noting that the said documents and credentials were found to be doubtful or non-existence after been subjected to verifications.

The Stakeholders further noted that in 2014, Senator Oduah deposed to an affidavit and obtained a police extract where she claimed that she obtained a First School Leaving Certificate from St. John School Odoakpu, Onitsha, Anambra State.

"However, upon enquiry to the Ministry of Basic Education, Anambra State in 2019, it was discovered from their response that Senator Oduah was never among the pupils that sat for FSLC in 1973 in the Old East Central State of which the present day Anambra State was part of."

Thus, her claims of obtaining FSLC in 1973 are false, misleading and defrauding”, the stakeholders said.

"In the same affidavit and police extract submitted to INEC by Oduah, she also claimed to have participated in the NYSC in 1983 and that she lost the discharge certificate issued to her by NYSC.

However, instead of applying to NYSC headquarters for a letter of confirmation; indicating her NYSC number and the year she did the service, Senator Oduah submitted a letter from Nigeria Employers Consultative Association purportedly confirming that she participated in the NYSC scheme.

The PDP stakeholders said, her claim was doubtful, noting that NECA is not the appropriate agency to confirm whether Senator Oduah enlisted for the compulsory National Youths Service Corps or not.

They demanded that the PDP screening panel subject Senator Oduah to strict documentary proof of all her claims on primary school attendance, certificate and the NYSC.

They also drew the attention of the screening panel to item number 'f' of the "PDP Primaries Screening Exercise Brief Forms" which harps on integrity where aspirants were expected to answer questions like ‘Were you ever indicted by an administrative or judicial panel of enquiry’.

It is however unclear whether political parties would go ahead fielding candidates with qualification deficiencies and risk paying a fine of N10 million and losing the office to first runner up usually of another political party or they would be meticulous in choosing who flies their flag in next year's general elections.

Whether the various screening sub-committees of the various political parties do their jobs effectively or not, the Department of State Service would still have their jobs done for them accordingly.

Hence, a report says the DSS has begun discreet vetting of political contestants across all the cadres of contestants in order to fish out those who have ‘some baggage’.

The profiling and vetting of political aspirants, according to a DSS official is to enable the service fish out criminal elements who should not be entrusted with sensitive offices and positions in the country and guide relevant agencies, parties and institutions appropriately.

The current vetting, according to the security outfit, is prompted principally by inconsistency in the information provided by politicians in the country, which requires cross-checking to ensure that those who have questions are made to provide answers before it becomes late.

"What we are doing is an examination of existing records already before us to determine what has changed and what has not and to be able to determine the extent of the inconsistency in each profile with a view to advising those involved accordingly in the interest of the country."

The source further noted that "the vetting is a continuous exercise and a core function of our mandate to determine if anyone who is seeking to occupy any office is fit and proper to do so in order to prevent criminally-minded elements from being saddle with sensitive government apparatus and institutions,” a DSS official explained.

Which ever paths political parties choose to follow, the judiciary is always there to teach them the hard lesson some may have failed to learn.

However it goes, Nigerians are watching to see which political party or organization would fall a victim.

Michael Williams is the National Coordinator of Democracy Coalition, Abuja.

Latest Photo Reports
Catch up with all the political quotes from our politicians.
Advertise here
More from Article
ModernGhana Links
Teacher Union Strike Declaration – The Gimmick Of Leaders’ Frustrations
It is time to confront the mental health issues faced by men
Do humanitarian agencies help refugees become independent? Evidence from history
TOP STORIES