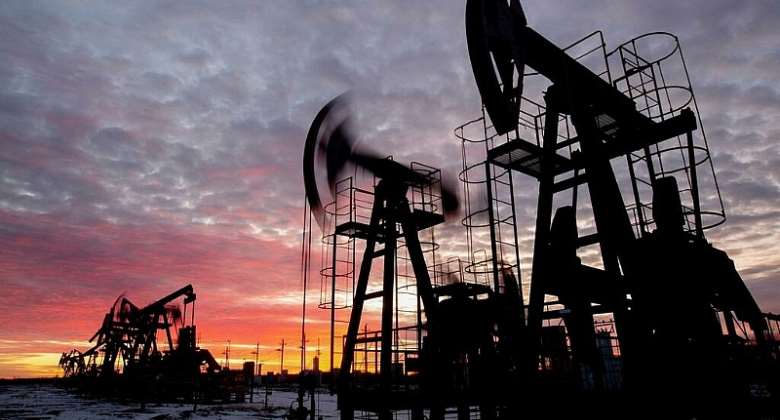 Paris Perspective looks at what Iran's history of Western sanctions can tell us about similar meaures against Moscow, and whether embargos on Russian oil and gas can ever succeed in ending President Vladimir Putin's war in Ukraine.

The European Union recently announced a sixth sanctions package against Russia in response to its invasion of Ukraine in February.

However, Moscow hopes to split EU resolve on the bloc's importation of Russian oil and gas, with Hungary and Slovenia looking for exemptions over two years.

There are doubts, however, about how successful economic pressure on Russia will actually be. To date, Moscow has weathered the litany of embargoes uncomfortably, but resiliently enough.

So what lessons can be learned from Iran, which was brought back to the negotiating table following severe sanctions imposed by the Obama administration in 2011.

The talks between Iran and the P5+1 eventually led to the 2015 JCPOA nuclear agreement, which allowed Tehran a limited uranium enrichment programme in return for sanctions relief.

Iran has been battle-hardened by various levels of sanctions for over four decades, but how have international sanctions impacted the people on the ground?

"However, the government is still in place as strong as ever, and going through this with great degree of ease.

"As history has proven, beginning from the Cuban situation since 1962, sanctions, no matter how severe ... have never resulted in forcing submission upon that sovereign state at hand."

Sanction relief does little to help

And even when sanctions are eased – as with a 2013 interim relief deal for Iran ahead of the final JCPOA agreement – the benefits were "too insignificant and came too late to have any meaningful impact on the economy," Amir Aslani says.

Yet Iran and its theocratic regime have survived the ebb and flow of international embargoes and ostracisation by Western governments.

So what mechanisms has the country used to circumvent direct access to international markets and finance? Iran, it appears, has become an expert in sidestepping international sanctions.

"They are experts as far as shipping oil internationally through sham corporations that they incorporate on a daily basis," Amir Aslani says.

"Sometimes during the voyage of an oil tanker, they change ownership and the flag of that vessel five times before it reaches its ultimate destination. They know the tricks of the trade."

But ultimately what matters is finding a buyer for sanctioned oil and refined products – the most difficult part. This is as true for Russia as it is for Iran.

For Amir Aslani, people must understand what's happening with regards to the Russian situation.

"It's not the entire world against Russia. It is the OECD – western Europe, Japan, South Korea," he says.

"India, China, a vast majority of Arab countries and Africans are not in love with the sanctions story, which means that they are willing to do business with Russia ... the biggest buyer being China.

"China has been constantly acquiring Iranian oil in substantial quantities over the years."

Yet the difference between today's sanctions against Russia and past sanctions against Iran is the speed of their implementation. Also, the Moscow stock market was and is more globally connected than its equivalent in Tehran.

Amir Aslani agrees there are substantial disparities between the two.

"First of all, the Iranian currency has been cut off from the international financial market for four decades. It has been many years that you can't actually transfer any funds to or from Iran – this was not the case with the Russian ruble," he explains.

"The huge difference [with Russia] is that it seems as if the entire investing community was well prepared for imposing these sanctions – as if they were expecting some major invasion, and the corroborating legal documentation for the imposition of sanctions was already in place.

That was a huge mistake for Putin, Amir Aslani adds, because the Russian leader underestimated the West's resolve regarding Moscow's invasion of Ukraine.

"He thought that the West would react as they did in 2014 [following the] annexation of Crimea ... this was not the case. And immediately those sanctions were imposed," he says.

That's why Russia is having so much difficulty, and it's why the ruble crumbled.

"The Russian economy is in the process of being totally strangled."

Sanctions have never achieved the their goals

But Europe will end up playing a much higher price for cutting ties with the Kremlin and weaning the continent off its reliance on Russian oil and gas. So, in the mid-to-long term, who will come out on top?

The Western sanctions playbook seeks to apply targeted measures on elites close to power, freezing financial assets and imposing severe limitations on access to international finance. But how effective was that same strategy in bringing Iran to the negotiating table ahead of the 2015 nuclear deal?

This, he adds, is due to the US refusal to remove the Iranian Revolutionary Guards from the foreign terrorist organisation list.

"Nobody seems to be under any particular pressure to push the other one to come to the negotiating table," Amir Aslani says, adding the same is true for Russia.

"This recourse to sanctions is basically something that has never delivered the political results that the opposing countries are looking for."

Consequently, it's the people who suffer on the misguided premise that the population will revolt against the governing authorities because of their hardships.

Iran has gone through this entire process for the last 43 years, yet nothing has happened.

"You've had revolts here and there, but that they haven't managed to destabilise the regime in Iran," Amir Aslani says.

And the same rings true with Russia, he adds, all the more so because the people there are not even inclined to revolt, because they're in agreement with the position of the President [Putin]."

Russia has yet to demonstrate its true power

Initially some pundits said Putin would run out of money after six weeks. Now 13 weeks into the war, Russia shows no sign winding down the conflict in Ukraine. But what other markets can Russia turn to in order to offset the eventual closure of the European market for oil and gas?

Firstly, for Amir Aslani, Russia hasn't even demonstrated its power over the markets.

"We keep on talking about the dependency of Europe to Russian oil and gas – which is a fact – which cannot be replaced overnight," he explains.

Even if you had alternative options, as far as liquefied natural gas is concerned, the countries that are in dire need in eastern Europe don't have the infrastructure for unloading LNG.

France, where energy supply is 70 percent nuclear and 30 percent gas, is not going to be massively impacted.

"Is that the case of Poland?" asks Amir Aslani. "Is that the case for Germany? If these countries are supposed to be cut off from Russian oil and gas as we get closer to winter six months from now, how are they going to survive?"

He underlines that you can't build an LNG downloading facility in six months. And the power of Russia goes even further than that, by forcing the United States to re-establish relations with a Venezuelan regime it has sought to overthrow since the days of the socialist-populist president Hugo Chavez.

Russia's real power is the repercussions for the global economy of a complete cessation of oil and gas production.

If Russia decided not to export any of its 12 million barrels a day, that would "push the economy of the entire planet into a total recession," Amir Aslani says, pushing the cost of a barrel to more than $300.

"That is the power of Russia that hasn't been utilised," he says, adding the same "mechanism of sanctions busting", and circumventing international sanctions that Iran used will also apply to Russia.

"So is the economy going to go down the drain? Certainly. Will that compel the regime from changing its course? I don't think so."

For Amir Aslani, Putin has two options.
"Either capitulation – that's not going to happen because it's the fall of the Russian regime and the fall of the President of Russia. Or a radicalisation of the regime."

It seems that is what will most likely happen if the existing course of action continues.

Written, produced and presented by David Coffey.
Recorded and edited by Steven Helsley and Vincent Pora

Ardavan Amir Aslani is a lawyer, author and Middle East defence expert based in Paris.