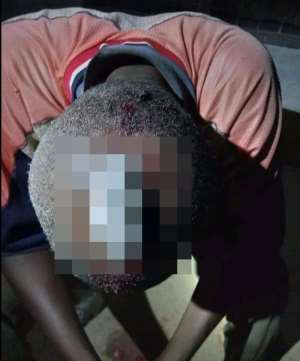 On May 3, 2022, Grand Gedeh County Election Magistrate, Alfred Dunner went missing under shadowy circumstances in Janzon where he had gone to seek traditional treatment.

He is a citizen of Konobo Administrative District.

Ever since Dunner’s disappearance, family members and other kinsmen have launched a manhunt for his whereabouts.

While the search for the missing elections magistrate continues, the people of Konobo Administrative District under the banner “Konobo People Association (KPA) are alleging kidnapping of their kinsman and entreating President George M. Weah to intervene in the situation.

In a statement issued over the weekend of May 13, 2022, the group said the mysterious disappearance of Mr. Dunner comes months after some youth allegedly held a talk show in Zwedru City demanding the removal of Mr. Alfred Dunner as Acting Election Magistrate of the county because they were uncomfortable with him. “After that talkshow, there have been many attempts to harm Mr. Dunner by unknown men that would not allow him to sleep home out of fear for his life,” the group indicated.

According to the Konobo People Association, there has been an increased security threat to the life of Mr. Dunner in the aftermath of the 2020 Mid-Term Senatorial Election that brought Hon. Zoe E. Pennue as Senator and the 2021 Representative By-Election for District #1 which also brought Hon. Erol Madison Gwion as Representative, replacing Hon. Pennue, in Grand Gedeh County.

“This security threat has caused young Grand Gedeans who are NEC workers to live in fear across Grand Gedeh County. So the lack of local government ability to provide protection for young people who are driven by integrity during the conduct of elections has increased the level of insecurity in the county. Given that Alfred has informed his family and some close associates that his refusal to take bribe from politicians to cheat other candidates during elections has further threatened his security that we believe might have led to his disappearance,” the statement pointed out.

The Konobo people, a sub-section of Grand Gedeh County, kinsmen of the missing election magistrate, have gathered in search of the kidnapped in the Niao Section where the incident occurred but were allegedly chased out with cutlasses, stones, and single barrel guns leaving more than 5 persons wounded and 10 others injured currently undergoing treatment at the Martha Tubman Memorial Hospital in Zwedru.

“So instead of helping to find the man that was kidnapped, the Niao People are inflaming the conflict by attacking the already aggrieved citizens from Konobo District. As we speak, citizens who went in search of their son were shot by the Niao people, some arrested and currently placed behind bars at the National Palace of Corrections. Unfortunately, those who committed these aggravated assaults and terroristic threats that left the citizens from Konobo wounded and injured are free and moving around boasting of their actions to cause harm,” the group claimed.

Our reporter in the county said the situation could potentially get worse if nothing is done to put the situation under control. Sectional crisis between the people of Konobo Administrative District and Niao could have spill over effect on other parts of the county given the fact that people would want to use the crisis to destroy lives and properties.

Arise Ghana demo: They're political elements not professiona...
50 minutes ago