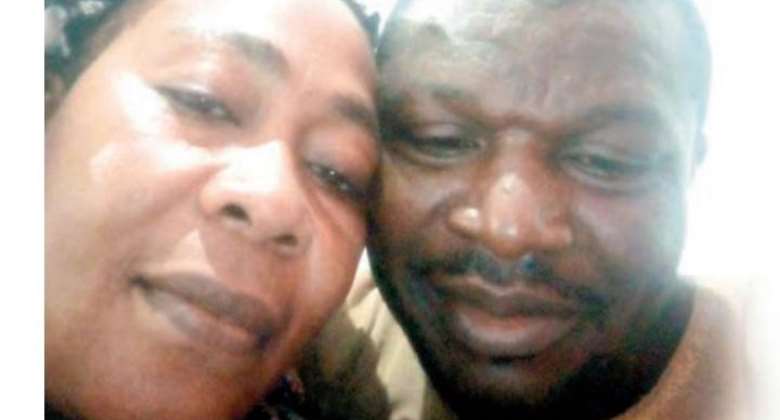 The case in which a female DOVVSU officer is alleged to have snatched the husband of a complainant has attracted swift intervention by the Police Administration, who have ordered a probe to be conducted by the Police Professional Standards Bureau (PPBS).

The probe followed a story carried by the DAILY GUIDE on the subject last Saturday.

In a new development, some two other complainants have revealed the ordeal they went through at the hands of some female DOVVSU officers at the same office.

One of the complainants, name withheld, said she reported a case of abuse against her husband to the Tema DOVVSU five years ago with pictures of her swollen face and bruises.

She said after giving out the details of her husband, the female police officer, who was then handling the case, called the complainant's husband to report to the station.

However, she later discovered that the said pictures she presented to the police were in the possession of her husband, whom she had reported to the DOVVSU office.

“One day, I was at home when my husband brought the pictures that I had given to the police officer as evidence to show to me. He further assaulted me and told me that, the case was going nowhere and true to his words too, no action was taken,” the victim said.

“It was later that I discovered that the said corporal who was then investigating my case was in a love relationship with my husband,” she added.

She said she then reported the case to some senior officers but nothing happened, and out of frustration, she left the marriage and relocated.

The second complainant also noted, “Madam, we are happy that this case has come out. My husband was also taken from me by a police officer in Tema, and what surprises me was that, after all the ordeal I reported to the police, my husband went to renovate the DOVVSU office for them.

“We pray that the current Inspector General of Police (IGP) looks at Tema, and if possible make changes, because the situation is getting out of hand,” she pleaded.

The Director General in charge of Welfare, DCOP Habiba Twumasi-Sarpong, has assured the public that the police is investigating the matter.

“We will investigate the matter and take the necessary actions,” she said.

DAILY GUIDE on Saturday reported that a complainant has accused a DOVVSU Officer of snatching her husband from her at Katamanso in Tema.

“This police woman used to call my husband at odd hours, but I was made to believe that she needed information from my husband for her investigations, but little did I know that they were having an affair,” she said in tears to DAILY GUIDE.

The aggrieved woman said Chief Inspector Afenu invited Mr. Tengey to help in the initial investigation of a case she sent to DOVVSU.

“Now she has succeeded in taking away my husband in the name of investigations, and as we speak, they are currently living as husband and wife,” the woman alleged.

Narrating how everything started, Madam Edorla said she has been legally married to Mr. Tengey for the past three years, and they lived happily until one day a domestic help they lived with left the house.

“The girl actually stole my money, and when I reprimanded her, she left the house to an unknown place,” she explained.

The woman said that evening, a neighbour, in the company of a police officer, brought the victim to the house with a report that they spotted her loitering about in an uncompleted building, and when they questioned her, she confessed that her mother threatened to assault her.

Madam Edorla said she was invited to the police station to give her statement, and to invite the biological parents of the victim to the station.

“My husband, upon his return to the house, was given the news, and quickly he drove to the police station where Chief Inspector Afenu was the case officer.

“The case officer, upon introduction, asked my husband to go to the village of the victim to bring her biological parents, which he did.

“After settling the case, I realised that Chief Inspector Afenu constantly called my husband on phone at night, and whenever I ask him about that, he tells me it was part of their investigations (sic).

“I accepted this excuse until one day when I saw some nude pictures she had sent to the mobile phone of my husband, and that was when I discovered that they were having an affair,” she said.

She said initially, Chief Inspector Afenu denied the allegation when she confronted her, until she spotted her husband leaving the police woman's house one morning after spending the night.

Madam Edorla said she confronted them, and in the process her husband assaulted her.

“I initially reported the matter to some senior police officers at the station where the woman works, but they did nothing, so personally, I reported the case to Chief Superintendent Adu, the Divisional Commander,” she disclosed.

Speaker Bagbin calls on Israeli counterpart in Jerusalem
59 minutes ago