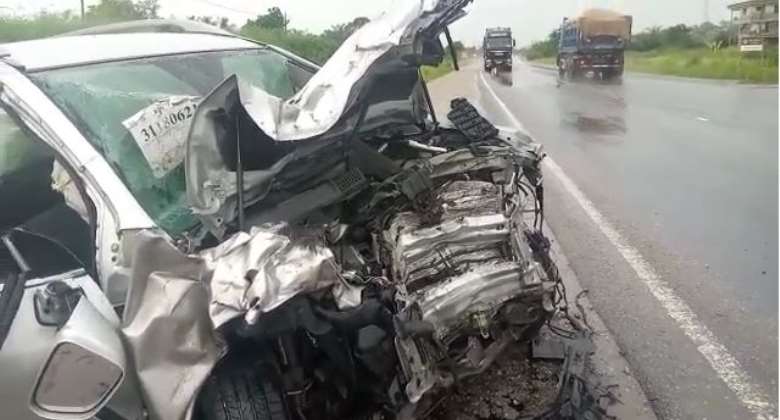 A gory accident that occurred at sarcon junction between Akotsi and Ojobi in the Gomoa East Municipality of the Central Region has left five people with various degrees of injuries.

According to eyewitnesses, the five were lucky to escape death.

The accident which occurred on the evening of Sunday, May 15, 2022, involved a Toyota Hilux with registration number GN 8806-15 and Chevrolet Captiva with DV number plate 7823-22.

Information gathered indicates that both cars had attempted to overtake other vehicles during heavy rain and in the process collided head-on.

The passengers involved include four men and one female. Although they all escaped death, they have been left with injuries that require medical attention.

Sources have today confirmed that the victims of the ghastly accident are admitted to the Winneba Specialist and Trauma Hospital for treatment.

Going to the IMF with Ken Ofori-Atta leading will yield no r...
49 minutes ago