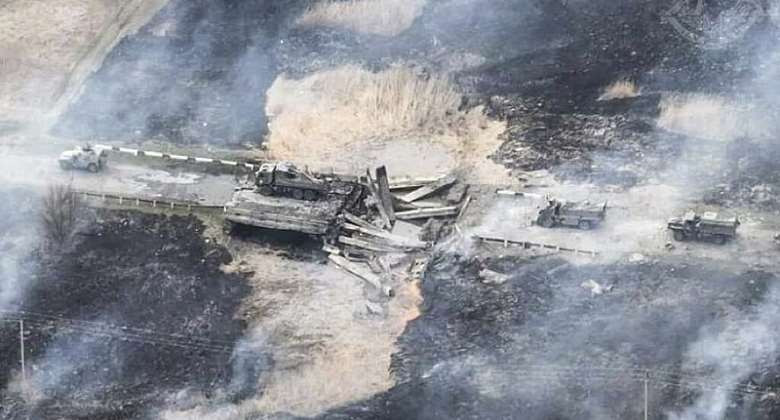 Ukraine was on Monday preparing for a new Russian push in the eastern Donbas region, as Kyiv said its army's counterattack around the north-eastern city of Kharkiv had gained momentum.

Since Russian troops failed to overrun the Ukrainian capital, Kyiv, at the beginning of the invasion in late February, control of the eastern Donbas region has become one of Moscow's primary objectives.

"We are preparing for new attempts by Russia to attack in Donbas, to somehow intensify its movement in the south of Ukraine," President Volodymyr Zelensky said in his nightly address.

"The occupiers still do not want to admit that they are in a dead-end and their so-called 'special operation' has already gone bankrupt," he added.

Presidential adviser Oleksiy Arestovich told local television that Russian troops were being transferred in the direction of Donbas after withdrawing from Kharkiv following the Ukrainian counteroffensive.

Moscow's soldiers being driven back

Kyiv's troops have made so much progress in the northern region that they have almost reached the border with Russia, according to interior ministry adviser Vadim Denisenko, although air raid sirens still sounded in Kharkiv city early Monday.

Arestovich said the retreating Russian forces were being driven towards Lugansk.

"Their task is to take Severodonetsk," he said. "Well, something is not working for them."

Severodonetsk is the easternmost city still held by Ukraine, and its fall would grant the Kremlin de facto control of Lugansk, one of two regions -- along with Donetsk -- that make up Donbas.

Russian-occupied railway bridges leading to Severodonetsk had been destroyed, the Ukrainian army said on its Facebook page late Sunday, posting a video of a huge explosion taken from above.

Air strikes had also destroyed two missile-launching systems and radar, while 15 Ukrainian drones were downed around Donetsk and Lugansk, the ministry statement added.

It added that Russia may have lost one-third of the ground combat forces it committed in February and was "unlikely to dramatically accelerate" its advance in the next 30 days.

Ukrainian commanders say they expect a turning point in their favour by August, but Western powers have warned that the conflict could turn into a war of attrition stretching into next year.

On Sunday, NATO pledged open-ended military aid for Kyiv, with Germany's Annalena Baerbock promising it "for as long as Ukraine needs".

The show of support came as Finland confirmed it would apply to join the alliance, jettisoning decades of military non-alignment.

Just hours after Finland's announcement, Sweden's ruling party said it was also in favour of joining, in another remarkable turnaround of political and public opinion.

"The best thing for Sweden's security is that we apply for membership now and that we do it with Finland," Social Democratic Prime Minister Magdalena Andersson said.

Stoltenberg said the alliance would look to provide both countries with interim security guarantees while their applications are processed.

On the ground in Ukraine, bitter fighting continued throughout the country.

In Lviv on Sunday, regional governor Maksym Kozytsky said four Russian missiles hit military infrastructure near the border with Poland -- the first time the city has been struck since 3 May.

No casualties were reported, and Ukrainian armed forces said they destroyed two cruise missiles over the region.

In the south, the mayor of the southern city of Mykolaiv warned residents that explosions had been heard early Monday.

In the southeastern city of Mariupol, about 600 Ukrainian troops remained holed up in underground tunnels and bunkers under a steelworks there, fighting a rear-guard battle.