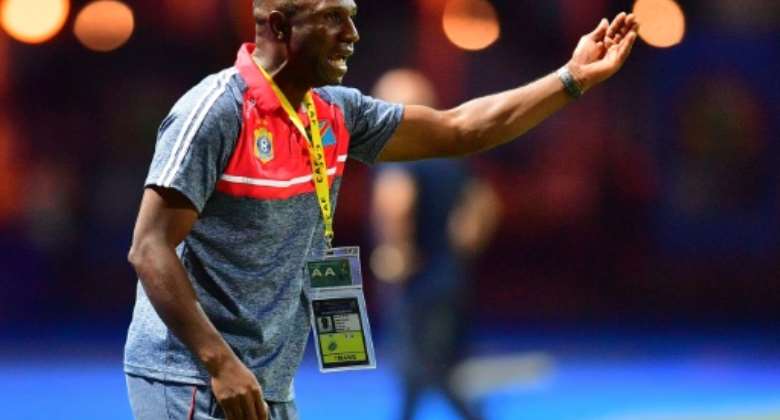 Mazembe were reduced to 10 men midway through the second half when Tandi Mwape was sent off and the late goal rush began when captain Larbi Naji put Renaissance in front a second time.

Youssef el Fahli converted an 88th-minute penalty to edge Berkane in front on goal aggregate and he put the outcome beyond doubt with another goal six minutes into added time.

Beaten 1-0 in the first leg last Sunday after conceding an added-time goal, Berkane triumphed 4-2 on aggregate and face Orlando Pirates from South Africa this Friday in the title decider in Uyo, Nigeria.

An hour before the match in Berkane kicked off, Pirates suffered a shock 1-0 home defeat by Al Ahly Tripoli from Libya, but advanced 2-1 on aggregate.

Berkane were runners-up in the 2019 Confederation Cup, won the competition the following season and are now appearing in a third final in four years.

Pirates came closest to winning the African equivalent of the UEFA Europa League in 2015 when they finishing runners-up to Etoile Sahel from Tunisia.

The Super Cup clash could be an all-Moroccan affair as Wydad Casablanca from the northwest African kingdom have qualified to meet Al Ahly of Egypt in the May 30 Champions League decider.

Berkane will be favourites against Pirates while the Champions League final will, controversially, be staged in Morocco.

El Helali half-volleyed a cross past goalkeeper Siadi Baggio to send a capacity crowd in the 10,000-seat Stade Municipal into a frenzy.

The celebrations were continuing when Mazembe levelled as Kinzumbi punished a poor first touch by Issoufou Dayo to race forward and slam a rising shot past goalkeeper Hamza Hamiani Akbi.

It took several minutes before angry Mwape left the field after 66 minutes, having flung his shirt on the pitch, and 11-time CAF title winners Mazembe collapsed in the closing stages.

Naji soared at the far post to nod a free-kick into the net, El Fahli calmly placed his penalty into the corner and then scored perhaps the easiest goal of his career with a tap into an unguarded net.