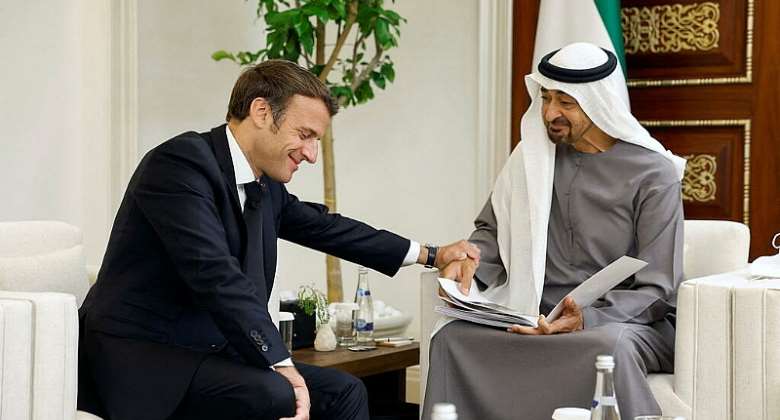 The UAE's new president, Sheikh Mohamed bin Zayed Al Nahyan, held talks on Sunday with his French counterpart Emmanuel Macron who had travelled to the country to pay his respects following the death on Friday of the sheik's brother Sheikh Khalifa.

Macron, in his first foreign visit since winning a second presidential term, expressed his condolences to his family and the people over Sheikh Khalifa's death, said a spokesperson for the Elysée Palace.

"The United Arab Emirates are a strategic partner for France, a fact that is borne out by the degree of our cooperation in areas as varied as defence, culture and education," the spokesperson added.

Sheikh Mohamed bin Zayed Al Nahyan – dubbed MBZ – had been the de facto ruler of the UAE since 2014 when Sheikh Khalifa withdrew from the political frontline after a stroke.

He became the de jure leader on Saturday when he was unanimously anointed by the heads of the country's seven emirates.

On Sunday, Qatar's emir, Bahrain's king as well as the Spanish king Felipe VI are due to visit along with the Palestinian, German, Indonesian and Israeli presidents.

Talks
On Monday, the British prime minister Boris Johnson is due along with the US Vice-President Kamala Harris and Secretary of State Antony Blinken.

The meeting between the American delegation and the MBZ could help to repair ties strained since President Joe Biden replaced Donald Trump in the White House.

The two sides have been at loggerheads over Abu Dhabi's refusal to condemn Russia's invasion of Ukraine and Washington's reopening of nuclear talks with Iran,

Following the death of Sheikh Khalifa, flags have been flying at half-mast as the country observes 40 days of mourning for the sheikh who took over after the death of his father, founding president Sheikh Zayed bin Sultan, in 2004.

The UAE has emerged as a leader of a reshaped Middle East, forging ties with Israel and joining a Saudi-led war against Iran-backed rebels in Yemen.