The Real Psychology of These Political Aspirants Towards Buhari, They Took The President And The Work Of Government For A Joke 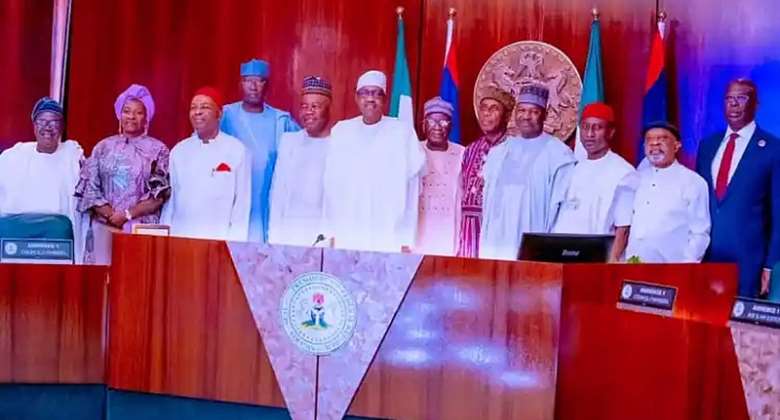 They openly failed and purposefully did not take you, President Muhammadu Buhari, seriously for weeks and months. What you said to them about the electoral law through your office made no difference because they demonstrated a lack of respect for you as a person, supervisor, and leader.

Nigerians generally describe you as slow to take decisions, but whether they like you or not, they notice that you are a disciplinarian in spirit and manner. This you exemplified as you took these men and women by surprise, who wanted to eat their cake and have it.

In a boastful way, they wanted to keep campaigning for political positions in the 2023 elections and stay in office, which conflicts with the constitution.

They basically acted as small gods and psychopaths, meaning they tended to remain selfish, lie, and turn a blind eye to the wishes of the electorate.

They saw you as someone who was not serious in your behavior towards them regarding political campaigning at the expense of their public service offices. The impact of being disrespectful to you was shown when some even went to court, saying it is their right to remain in office as they wish.

They believe that because you, like many African presidents, are sometimes known for your sentimental approaches to government, they can treat your words and body language with contempt.

They were even seen mocking you and the Speaker of the House of Representatives, Femi Gbajabiamila, with sarcasm and condescension as it relates to all forms of contempt. Some engaged in hostile humor, name-calling, and mimicking even as the Speaker noted that appointees who refuse to resign before contesting the forthcoming 2023 elections pose a risk to themselves and their parties. They did not care.

These men and women dismissed Section 84(12) of the Electoral Act 2022, which was signed by you President Buhari provided that, "No political appointee at any level shall be a voting delegate or be voted for at the convention or congress of any political party for the purpose of the nomination of candidates for any election."

Psychologically, their outright and blatant minimization of your person and office is a betrayal of their office and the nation.

They contribute to the destruction of trust in the media by using their influence and money to compromise journalists and reporters who assist in writing politically motivated attacks discrediting an institution such as the National Assembly.

These men and women showed dishonor, degradation, dehumanization, and lack of human dignity.

Nigerians were glad when you told them in their face; ’I note that some have complied while others are in the process of doing so. I would like to use this opportunity to commend your decision and courage to contest for elective offices and your compliance with my directive’.

You finally stated that you will no longer be disrespected or treated unfairly, which prompted a few ministers, to reconsider some of their political pathologies and sociopathic approaches. And acted correctly.

For months and months, as executive aides in different offices, your admonition that they should fully focus on the people's work, carry out programs, and implement your policies which were ignored openly.

As public officials, they repeatedly violated your orders to do their people's jobs. In fact, as bold as they are, they are seen as slow-walking or flat-out disobeying the law of the nation.

Nothing makes them different from officials, like multiple commissioners from different states who have resigned their appointments ahead of the primary elections in accordance with the Electoral Act. These self-empowered federal executives refused to obey.

By way of the electoral law, which the Speaker kept reminding them of regarding meeting the date of resignation from their offices before the party’s primaries, unlike the noticeable compliance at the state level, your ministers and other executives stayed in the cabinet, and refused to quit.

Even after your farewell in a valedictory meeting, some have returned to their office and are publicly boasting and informing the Nigerian people that your words do not count.

Particularly troubling is the slight towards you from Chris Ngige, Minister of Labor and Employment, and Abubakar Malami, Attorney General of the Federation and Minister of Justice. They want to play games with you and the people.

For months, they were illegally campaigning on behalf of themselves across the nation, travelling with government staff and vehicles at will, and on workdays.

The law is clear that political appointees who intend to be voting delegates or stand as aspirants for elective positions in a primary election shall, first, must resign their appointments.

Yet, you, as head of the party, were dismissed before the Nigerian people. Many are wondering what they have on you secretly, especially Ngige and Malami. They appeared dangerously delusional about power.

For the few, good, and bold journalists, civil society organizations, and some in the public who dare ask questions about their unethical manners, they receive insults, are verbally attacked, and are even treated like nobodies.

They used compromised and fearful judges to say a law that exists does not exist, Godswill Akpabio, who finally resigned, once said he would not resign as the Minister of the Niger Delta; "I will only resign before the primaries if the guidelines of the party say I have to resign before the primaries, but for now the law does not exist, it has been shut down by a court of competent jurisdiction."

President Buhari: Even when you told the Federal High Court in Abuja that you did not order the Senate to remove the contentious Section 84(12) from the amended Electoral Act 2022, They ignored it. They behaved as if they had the character of a person that enjoys possible abuse of office due to reckless desire.

Shamefully, the Bank of Nigeria (CBN) Governor, Godwin Emefiele, went as far as to go to court over his presidential goal, fueling the people’s anger. They advised him to maintain his neutrality and act honestly because he had become a treasury chief, for which he wished the people a heart attack.

They, with guidance from Malami, found an obscured judge, Justice Evelyn Anyadike, in Umuahia Federal High Court, to deliver a so-called judgment, holding that the section was unconstitutional, invalid, and illegal, so they could seek elective positions without resigning their offices before primaries.

In a gradually developing democracy where some public officials still have ethical reasoning, the Minister of State for Education, Emeka Nwajiuba, resigned even before you ordered all cabinet members interested in contesting the 2023 elections to quit their government as the law required.

The Nigerian people commended you for praising Nwajiuba, as he resigned as the law stated.

If some of these supervisees can openly respect the people's offices and your leadership as well as the law, one will not be surprised at the length they will go to abuse their offices financially.

Nigerians are now calling on the Economic and Financial Crimes Commission (EFCC) to investigate the immediate-past ministers for possible fraud.

The EFCC Chairman, Abdulrasheed Bawa, has commenced investigations regarding the legitimacy of the huge funds used to buy nomination forms ahead of the 2023 general elections.

President Buhari and future presidents and governors should now, as part of their oaths of office and allegiance to government service, sign specific policies that state that while in office they cannot be actively vying for political offices or engaged in financial conflicting interests that include so called private groups funding them for political offices while they are active as government public officials. We must prove democracy can work in Nigeria — but it will only work by bringing in people who believe democracy can work in Nigeria and not authoritarian types who are absorbed in self-dealing and cannot deliver for the people. Thank you, Mr. President as you finally acted.

John Egbeazien Oshodi, who was born in Uromi, Edo State in Nigeria, is an American based Police/Prison Scientist and Forensic/Clinical/Legal Psychologist. A government consultant on matters of forensic-clinical adult/child psychological services in the USA; Chief Educator and Clinician at the Transatlantic Enrichment and Refresher Institute, an Online Lifelong Center for Personal, Professional, and Career Development. He is a former Interim Associate Dean/Assistant Professor at Broward College, Florida. The Founder of the Dr. John Egbeazien Oshodi Foundation, Center for Psychological Health and Behavioral Change in African Settings. In 2011, he introduced State-of-the-Art Forensic Psychology into Nigeria through N.U.C and Nasarawa State University, where he served in the Department of Psychology as an Associate Professor. Currently, a Virtual Behavioral Leadership Professor at ISCOM University, Republic of Benin. Founder of the proposed Transatlantic Egbeazien Open University (TEU) of Values and Ethics, a digital project of Truth, Ethics, and Openness. Over forty academic publications and creations, at least 200 public opinion pieces on African issues, and various books have been written by him. He specializes in psycho-prescriptive writings regarding African institutional and governance issues.