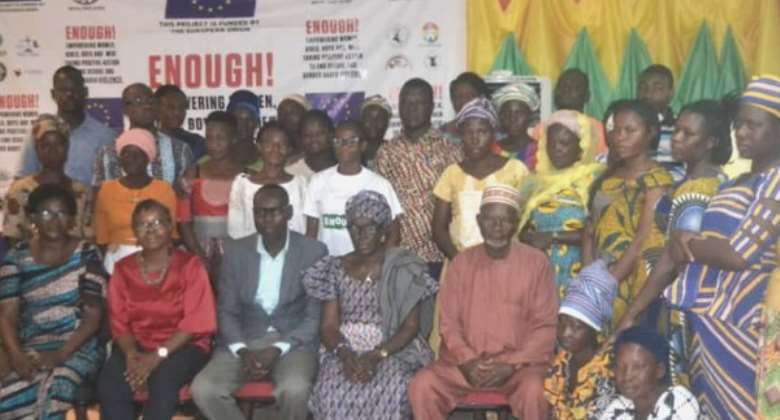 A fund named, “Upper East Regional Support Fund for Victims of Abuse”, aimed at providing financial assistance to vulnerable victims and survivors of abuse has been launched in Bolgatanga, the regional capital.

The fund is established to receive donations from individuals, organisations or groups to support victims of abuse in the region who earn below the daily minimum wage per the regulations in Ghana, to enable them seek medical care and treatment.

The move is being spearheaded by the Widows and Orphans Movement (WOM), a gender focused organisation, with support from the state and non-state institutions in the region.

The institutions include the Regional Coordinating Council, Commission on Human Rights and Administrative Justice, Departments of Gender, and Social Welfare, Domestic Violence and Victims Support Unit (DOVVSU) and Ghana Health Service among others.

Ms Fati Abigail Abdulai, the Executive Director, WOM, explained that the establishment of the regional fund was as a result of the financial stress that prevented victims of abuse from accessing medical forms and care and failure of the government to operationalise the Domestic Violence Fund.

However, after several years and despite numerous advocacies by Non- Governmental Organisations, Civil Society Organisations and the media among others, the Domestic Violence Fund has not been financed.

This, Ms Abdulai noted, was having a toll on victims of abuse including rape, defilement, physical assault among others, to access medical care and there was the need for stakeholders in the region to work together to provide financial assistance to those victims.

“Day in day out, we receive cases that need support in paying medical bills as well as to get the medical forms that have been provided by DOVVSU and some of these monies are quite substantial and difficult to get funding,” she stressed.

She said as the advocacy continued for the government to operationalise the Domestic Violence Fund, her outfit in collaboration with the institutions decided to set up a regional fund to support victims of abuse and set as an example for other regions to emulate.

To ensure transparency and accountability, the Executive Director said the fund currently at Fidelity Bank had three signatures including WOM, Department of Gender and CHRAJ, adding that three auditors from the RCC, Department of Social Welfare and Legal Aid would on annual basis audit the reports and expenditure of the funds and publish it.

Mr Jaladeen Abdulai, Regional Director, CHRAJ, said the fund was opened to persons of abuse in the region and appealed to the various Municipal and District Assemblies, individuals and organisations among others to donate to the fund to ensure sustainability and address financial challenges confronting victims of abuse from accessing medical care.

Mr Stephen Yakubu, Upper East Regional Minister, in a speech read on his behalf, said due to poverty, some victims of abuse were often denied justice due to their inability to pay for medical form and care.

While calling on people to support the fund to achieve its intended purpose, the Regional Minister advocated a concerted effort from all stakeholders to address issues of abuse.

The public is encouraged to contribute to the Upper East Regional Support Fund for victims of abuse at Fidelity Bank with account number 1050367791313 or Mobile Money number 0506478675.

I’ve increased TVET enrolment in SHSs by 44,000 representing...
28 minutes ago