WHO ignites row with 'preposterous' claim on India’s Covid tally 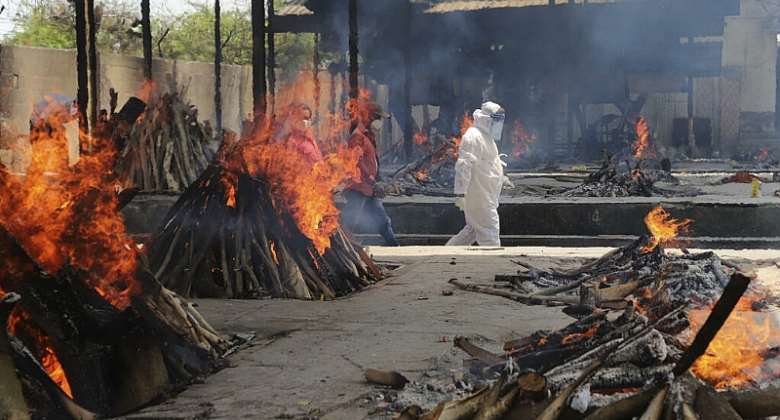 The World Health Organization (WHO) has put India's excess Covid deaths 10 times higher than its official tally. Delhi rejected it as “preposterous” but the report comes as a vindication for many who grieve in private, their loss overshadowed by an administrative dispute.

On 5 May, the WHO, tripling its earlier estimate, said 14.9 million Covid deaths occurred worldwide between January 2020 and December 2021.

“We estimate that India has the highest cumulative excess of 4.7 million deaths,” it added, prompting a backlash in India, which had posted 480,000 deaths by December.

NK Arora, who heads India's enormous vaccination campaign, insisted the country's death rate was among the world's lowest. He rejected the WHO's revised numbers.

“There is no harm in saying that 10 to 15 percent deaths or up to 20 percent of deaths may have been missed, but nothing like what the WHO says,” Arora told NDTV, rubbishing the report as preposterous and untenable.

But despite the row, India, with 700 million Covid tests carried out and 1.9 billion vaccine doses administered, has bested most countries in its efforts to beat the pandemic.

“It may not match the official Covid toll including in countries where the registration of Covid deaths was possibly of better quality because everybody visited hospitals,” Guilmoto told RFI.

In February, Guilmoto, who joined India's Centre de Sciences humaines research group during the Delta surge, pegged India's Covid-19 mortality at between 3.2 million and 3.7 million by November 2021 when India's official toll was 459,000.

Afsana Bibi's world crashed when her father, both brother-in-laws and father-in-law died from Covid, leaving the 33-year-old with no support in a Mumbai slum.

“Government officers come with promises and then they leave, never to return with help,” the mother-of-two now dependent on a NGO told reporters.

State compensation
But Randeep Guleria, who heads India's largest government hospital in Delhi, argued that the state dole handed out to relatives of Covid victims was a reliable way to calculate the number of casualties.

The doctor said India must register its objections to the WHO's report, which also stated 84 percent of the world's excess deaths occurred in south-east Asia Europe, and in the Americas.

Guilmoto, who works as a scientist at the Marseille-based Institut de Recherche pour le Développement, disagrees.

“The data on compensation does not match any of the estimates including the official estimate based on Covid deaths registration,” Guilmoto claimed in an interview.

India has posted 43 million cases but the Indian Express daily newspaper on 9 May reported some states were trying to solve their jigsaw of death puzzle dating back to 2020.

During last spring's Delta surge, corpses were cremated at a Delhi car parking lot as crematoriums ran full; out-of-oxygen hospitals reported dozens of deaths while abandoned bodies floated past on a river.