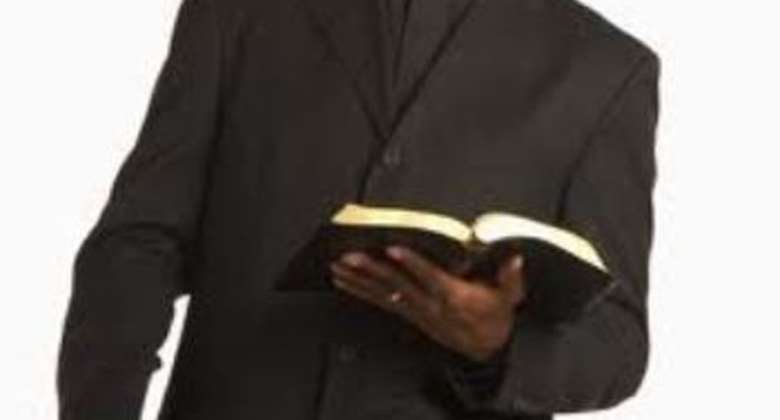 THERE ARE good and bad people in the world. Men and women who do what society generally considers as morally correct and proper are often described as good, but those who do otherwise are branded as bad. Society's general position on the goodness and badness of people is not different from the view of the Church of God.

The Church which is biblically described as the Body of Christ Jesus is the assembly of called-out ones, the congregation of the elect of God, or the community of Christian believers. These are the people who are expected to live their lives after the life of Christ Jesus, a unique person who walked the earth, and never sinned, even though He was tempted in every way. Christ Jesus is the model for Christian living in conduct and character.

Exhibiting Christ-like character is something that must be seen particularly in the lives of men and women who claim to have been called, and set in leadership positions within the Church as apostles, prophets, evangelists, pastors/bishops and teachers. It is a fact that all Christians have been saved from the controlling power of sin, but not from the presence of sin.

Thus, sometimes they may be tempted to sin or make mistakes, but they will not deliberately practise sin to dishonor the name of God. Those who habitually practise sin without repenting or showing remorse prove to be stubborn or false Christians and ministers. The Bible clearly states that there are true pastors and false pastors who minister in the name of God on the earth.

These days, some men and women who claim to be pastors in Ghana have decided to insult everyone who offends or hurts them anyhow on social media. They are brutal, unrepentant and unforgiving. They are very eloquent in the Twi Language. They have acidic tongues with which they assault their opponents emotionally.

These ministers know themselves, and most Ghanaians know them. They appear to be serving the interest of the Church of Christ, but they are liars and enemies of the cross, as their insulting behaviours dent its image and affect the faith of many people. Through their conducts, many have vowed not to do anything with Christianity. This makes them bad pastors, doing the bidding of the devil, their master.

Now, is it proper for Christian ministers to deliberately plan and insult their perceived opponents or enemies in the media? Have those who habitually exchange verbal attacks really followed Christ Jesus who they claim to serve and represent? If a person has carefully studied the Bible, particularly the teachings of the Lord, he would have known that Jesus Christ does not teach His ministers to attack their opponents with name-calling.

Rather, He teaches them to carefully follow Him by His Word and Spirit, and learn about how He reacted to persecution, mockery, scorn and rejection when He walked the earth preaching the gospel of the Kingdom of God. As I indicated earlier, a pastor is not saved from the presence of sin. This means a pastor may be tempted to sin sometimes. These temptations can come in the form of offences or persecutions.

A pastor's reaction to temptation determines his future, as the Bible says, it is impossible to live in this world without being tempted (Luke 17:1). Scripture is clear on what must be done when a Christian, and more importantly a pastor, suffers evil for the sake of his faith in Christ Jesus or is insulted.

Peter, the apostle wrote: Do not repay evil with evil or insult with insult. On the contrary, repay evil with blessing, because to this you were called so that you may inherit a blessing,” (1 Peter 3:9). Similarly, Paul wrote: “Do not repay anyone evil for evil. Be careful to do what is right in the eyes of everyone,” (Romans 12:17).

This is how Christ Jesus, who is the model for Christian ministers, reacted to persecution. The apostle Peter who walked with Christ bore witness about Him that, “When he was reviled, he did not revile in return; when he suffered, he did not threaten, but continued entrusting himself to him who judges justly,” (1 Peter 2:23).

Christ did not trade insults with his accusers and opponents, because He was gentle and meek. A gentle Christian or pastor is not the one who is well-dressed, but the one who is well-behaved, non-violent, tolerant, self-controlled and amiable. A pastor who insults in return when he is insulted has not walked with Christ.

The call to Christian ministry is a call to follow and learn from Christ. The Lord Jesus Christ personally invites His followers to learn from His gentleness and humility. Thus, the foundational ministers of Christ of the 1st century who followed Christ Jesus and learnt from Him refrained from retaliating when they were cursed or reviled.

Apostle Paul confirmed this in his letter to the Corinthian church when he wrote, “…when reviled, we bless; when persecuted, we endure; when slandered, we entreat. We have become, and are still, like the scum of the world, the refuse of all things,” (1 Corinthians 4: 12- 13).

Practically, the call to Christian ministry goes beyond being dressed in fine clothing, receiving greetings and being addressed with honorific titles; it is also the call to face criticisms, mockery, persecution, insults and name-calling. It is the call to suffer rejection even within the Church. In fact, it is the call to carry the cross of Christ.

A good pastor, therefore, is the one who makes the effort to live like Christ or tries to exhibit Christ-like character in his daily life. He does not insult anyhow. However, a bad pastor lives a life that pleases himself, and advances the works of his master, the devil.