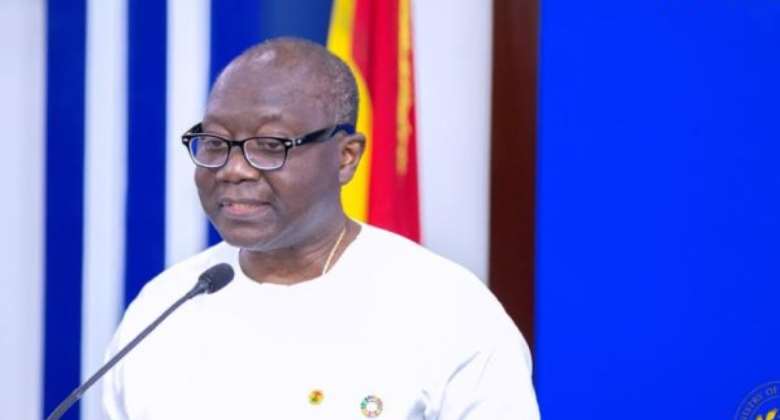 Minister of Finance, Ken Ofori-Atta, says it is too early to make calls for the reversal of the US$100 million cap set on the Ghana Stabilisation Fund (GSF) to pre-pandemic level of over US$300 million.

This, he attributed to the unpredictable nature of the COVID-19 pandemic and “deficit problems” which according to him, persisted hence the need for the financial resource to support education and solve unemployment issues among other things.

“We know that the troubles are compounding and in the same vein, you would ask how I am going to help with lives and livelihoods, and we are running a deficit,” he said during a press briefing organised by the Ministry of Information in Accra.

The GSF was established under the Petroleum Revenue Management Act (PRMA) to provide government with funds in times of economic shocks or unexpected shortfalls in petroleum revenue.

The PRMA mandates that Ghana Petroleum Fund (GPF) which constitutes the Ghana Heritage Fund (GHF) and the GSF, receives at least 30 per cent of the benchmark revenue or realised petroleum revenue in any fiscal year in terms of disbursement.

Furthermore, a minimum of 30 per cent of the revenue accrued to the GPFs must be transferred to the GHF, with the remainder going to the GSF.

Even though the PRMA allows the Minister of Finance to cap the GSF and the excess over the cap transferred into the Contingency and Sinking Funds, regulation 8 of the Petroleum Revenue Management Regulations, 2019 (LI2381) provides the formula for the calculation of the cap.

Sub-Regulation 1 provides that in recommending the maximum amount of accumulated resources of the GSF, the Minister shall ensure the amount is not less than the average of ABFA over a three year period.

According to the Public Interest Accountability Committee (PIAC) in its 2021 report, the cap for GSF was supposed to be US$384.62 million based on the formula for calculating the cap under the PRM regulations.

Aside the call for reverting the cap to pre pandemic level two years after it was set at US$100 million in 2020 due to the pandemic, PAIC has also urged the Ministry of Finance to allow for the fund to grow above its cap limit to shore up the capacity of government to withstand economic shocks.