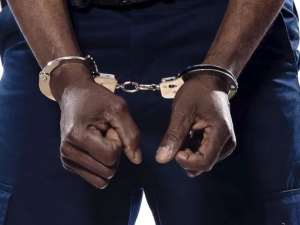 The Sawla District Police Command has apprehended Akwesi Yenyi and Gilbert Jornitey in connection with the killing of Yahaya Bukari, 28, a Fulani herdsman at Gbeniyiri near Sawla in the Savannah region.

A Post-mortem examination performed by the senior medical superintendent of the Sawla government hospital Dr. Roger Derigub gave his verbal cause of death as ” Rapture left carotid artery secondary to penetrating gunshot wound on the neck and fracture mandible with penetrating wound below the jaw”.

The body of the deceased has since been released to the bereaved family for burial.

The Savannah Regional Police Public Relations Officer, Inspector Adjekum Owusu, who confirmed the incident to DGN Online said on May 12, 2022, one Amadu Issah came to the station and reported that one Nuhu a Fulani herdsman came and informed him that his younger brother Yahaya Bukari,28 years was shot in the bush by Yenyi’s son and one other who can be identified to police when seen.

According to him, on receipt of the complaint, a team of police officers led by the District Commander DSP Lambert Attibu together with the complainant proceeded to the scene of the crime on inquiries and found Yahaya Bukari, the deceased lying in a prone position in a pool of blood with a wound on his neck and below his jaw suspected to be gunshot wounds.

He indicated that the deceased was searched and an x-Inova keypad mobile phone, catapult, and cutlass cover were found on him.

He said photographs of the body and the scene were taken to that effect and the exhibits found on him were retained for evidential purposes.

Inspector Owusu disclosed that later the two suspects Akwesi Yenyi and Gilbert Jornitey were identified to the police by Nuhu and were arrested.

Police proceeded to the houses of the suspects at Jinavori, a community near Gbeneyiri a search was conducted and a single barrel gun which was used by the suspects was found at suspect Gilbert Jornitey’s house.

The exhibit gun has since been retained and kept for evidential purposes.

Meanwhile, the suspects have been detained to assist the police with the investigation.