Final documentary by director killed in Ukraine to screen at Cannes 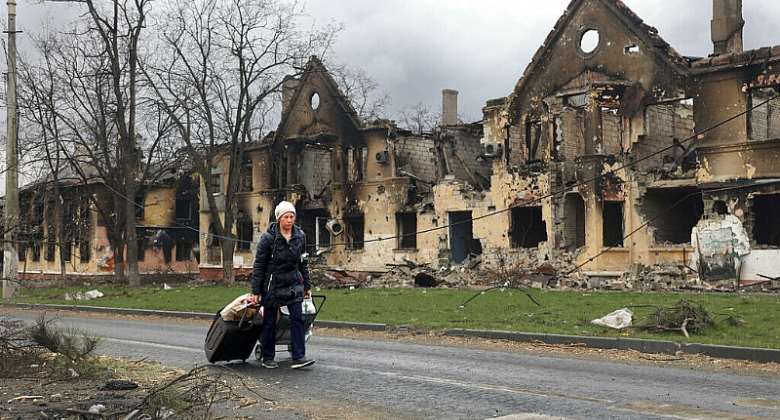 "Mariupolis 2", a documentary about the conflict in the southeastern Donbass region of Ukraine, will be screened at the Cannes Film Festival next week, in a last minute addition to the line-up. It is the second installment of a project by Lithuanian director Mantas Kvedaravicius, who was tragically killed in the fighting during a visit to the city in April.

Kvedaravicius was shooting a follow-up to his celebrated documentary, "Mariupolis", about the conflict in the Donbass region when he was reportedly captured and killed.

His fiancee, Hanna Bilobrova, who was with him in the besieged city of Mariupol, brought his footage out of the country and it was put together by his editor, Dounia Sichov.

In a statement, the festival said "it was essential to show it," saying "Mariupolis 2" will get a special screening out of competition at Cannes on 19 and 20 May.

"Following his death, his producers and collaborators have put all their strength to continue transmitting his work, his vision, his films," it added.

The original documentary by Kvedaravicius, who was a trained anthropologist, won widespread praise after it was shown at the Berlin International Film Festival in 2016.

He returned to the region this year "to be with the people he had met and filmed in 2014 and 2015", the Cannes statement said, adding Kvedaravicius had wished to testify "as far as possible from the agitation of the media and the politicians".

The war in Ukraine has become a central feature of the 75th Cannes Film Festival.

Ukrainian director Sergei Loznitsa will present a timely film out of competition, "The Natural History of Destruction", about the bombing of German cities in World War II.

Loznitsa made a documentary about Ukraine's pro-democracy uprising in Kyiv in 2013-2014 called "Maidan".

His feature film "Donbass" won him Best Director in the Un Certain Regard category of Cannes in 2018.

In this year's Un Certain Regard, newcomer Maksim Nakonechnyi is competing in the with "Butterfly Vision" about a traumatised veteran of the early fighting in Donbass.

A special day has also been dedicated to its beleaguered filmmakers at the industry marketplace that runs alongside the competition.

Terrorism: Be quick to report any suspicious persons or pack...
32 minutes ago

Bawumia commiserates with UAE leader in Abu Dhabi over death...
4 hours ago