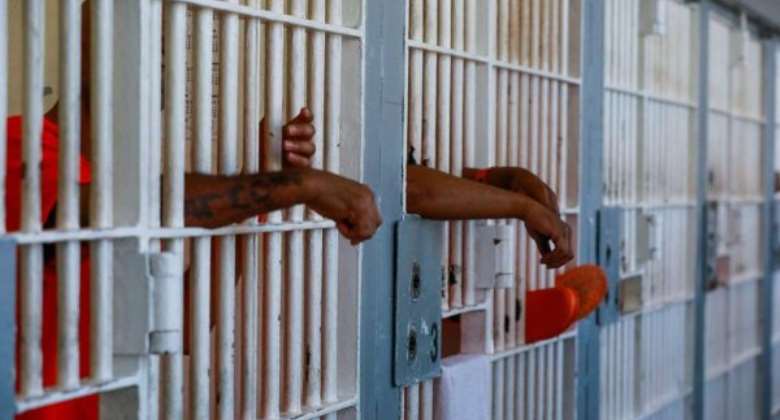 An Accra Circuit Court has remanded a Cobbler into police custody for conspiracy to commit crime.

Emmanuel Darko, aged 22, was also charged with robbery, an offence he pleaded not guilty to.

The Court presided over by Mrs Ellen Ofei-Ayeh adjourned the case to May 27, 2022.

Prosecuting, Police Inspector Moses Mensah Soadzeduy narrated to the Court that the complainant, Madam Perfect Seworkpor was a trader and lived in Kaneshie whilst the accused person was a Cobbler at Railways, Accra.

The Prosecution said on May 6, 2022, at about 0420 hours, Madam Seworkpor alighted from a commercial vehicle at Fatawu Bus Stop near Nissan Company Limited, South Industrial Area, to continue to her workplace.

It said on her way, the accused person and his accomplice, one Mohammed, now at large, approached her with a knife to surrender her ladies' bag containing Tecno Camon mobile phone and cash of GH₵19.50 she was holding.

The Prosecution said Madam Seworkpor complied and later raised the alarm which attracted some people to the scene.

It said the accused person and his accomplice were given a hot chase.

The Prosecution said the accused person who was in possession of Madam Seworkpor's handbag was arrested but his accomplice bolted.

It said the accused person was handed over to the Police at Kaneshie.

Speaker Bagbin calls on Israeli counterpart in Jerusalem
46 minutes ago