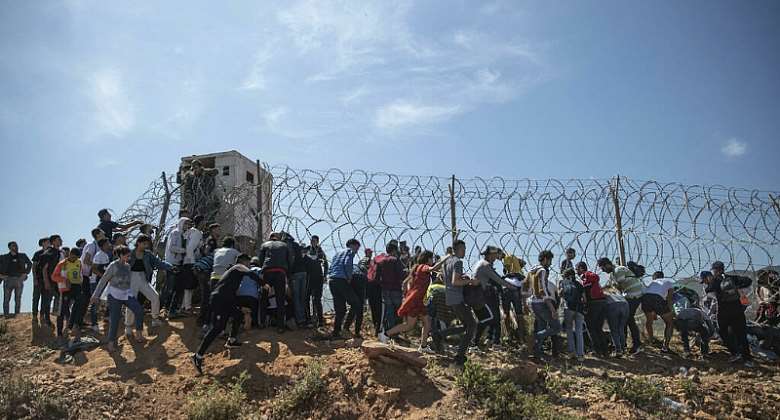 The land borders between Morocco and Spain's north African enclaves of Ceuta and Melilla will reopen next week, the authorities in Madrid have announced. The frontier was closed for more than two years due to Covid-19 restrictions and tensions between the two governments.

Spanish Interior Minister Fernando Grande-Marlaska told reporters the reopening will start gradually from 17 May. Crossings will initially be limited to residents of Europe's passport-free Schengen area and their family members, and will be expanded to cross-border workers by the end of the month.

The local economies on both sides of the fences that separate the tiny Spanish enclaves from Morocco depend on the easy transfer of goods and workers.

Thursday's announcement came as Madrid and Rabat work to mend relations after a months-long spat centered on the disputed region of Western Sahara, a former Spanish colony annexed by Morocco in 1976. Tensions dropped earlier this year after Spain backed Morocco's plan to grant more autonomy to Western Sahara.

That decision — a reversal of Spain's longstanding position of neutrality on Western Sahara — came as a surprise to many and sparked anger among key political allies of Spain's Socialist-led government.

Morocco's King Mohammed VI responded positively, however, sending back the Moroccan ambassador to Spain 10 months after she was recalled, and hosting Spanish Prime Minister Pedro Sánchez in an April visit to Rabat.

The border is set to be opened exactly one year after Morocco loosened its border controls around the enclave of Ceuta, allowing thousands of migrants to cross into Spanish territory. That move was widely seen as retaliation for Spain's decision to allow the leader of Western Sahara's pro-independence movement to be treated for Covid-19 at a Spanish hospital.

Morocco is considered an essential ally in the fight against radical jihadist groups, as well as in holding back increasing numbers of African migrants seeking to reach Europe as they flee violence and poverty at home.

Court adjourns case between Asanko Gold and GMWU to June 1 o...
28 minutes ago