How far left will President Macron lean in his choice of prime minister? 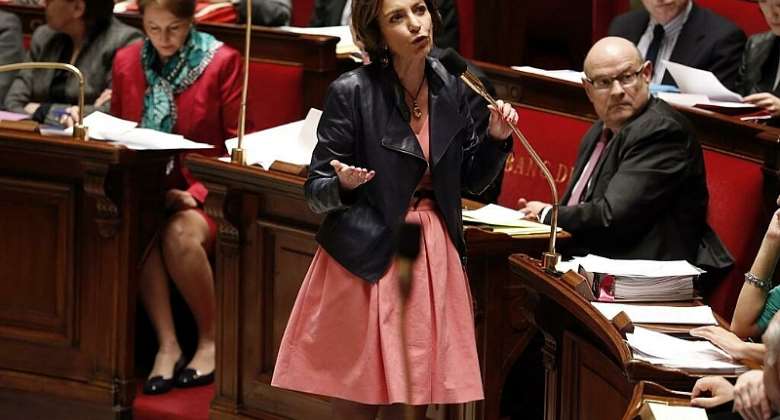 Recently re-elected centre-right French President Emmanuel Macron has promised to take account of the groundswell of revolt that saw the political extremes attract record numbers of voters. Macron's choice of leader for the new government will be crucial. Could Jean-Luc Mélenchon get the job?

Macron's second five years at the helm officially kick off on Saturday.

Comfortably re-elected in the wake of a divisive campaign, the president now faces the challenge of turning the page on five years of rule seen by many as too distant from everyday concerns.

He has promised to be nothing less than "a new president for the new mandate".

Rejected by more than 50 percent of those who voted in the first round of the presidential election in April, Macron has to find a way of shifting his image from that of the arrogant, élitist, former merchant banker who has no idea how difficult life can be for many French workers.

The composition of Macron's new government, likely to be named early next week, will be a first indication of presidential determination to move on, especially if Macron names a left-wing figure as his prime minister.

Mélenchon, man of the people

Far-left leader, Jean-Luc Mélenchon, is convinced he's the man for the job.

He finished third in the presidential shake-down, and has called on voters to "elect him prime minister" by handing the left a National Assembly majority which will enable them to block the centrist president's reforms.

A forced "cohabitation" between Macron and Mélenchon would be the first in two decades, but observers say that such a scenario remains unlikely, despite the alliance deal linking the left-of-centre parties with a view to winning an overall leftist majority in the June parliamentary polls.

The new allies have agreed on Mélenchon's core policy proposals, including raising the minimum wage, reducing the retirement age to 60 and rolling back controversial labour market reforms.

And not all members of the various alliance partners have been prepared to play by the rules laid down on sharing potentially winnable constituencies. Hollande-era former minister, Stephane Le Foll, has already called for rejection of the pact and has promised to lead a separate campaign.

A shaky left-wing coalition is not Macron's only concern.

Inflation is at its most intense since France adopted the european single currency in 1999; economic growth is slow; most of those questioned by opinion pollsters say their crucial concern is the widening gap between their spending power and rapidly rising prices, even for basic goods and services.

Conscious that "the hour is grave," Macron has promised a new approach, based on the respect of all players . . . parliament, the bosses and trade unions, the driving forces of society.

François Hollande, Macron's predecessor in the top job says, with perhaps a hint of scepticism, "let's hope that this method which has still to take a definitive shape will enable the country to rebuild self-confidence."

First of all, while waiting for the verdict from the polling stations, Emmanuel Macron has to name a government to replace the team led by Jean Castex, all of whom formally resigned on Wednesday.

The political commentators are sure the president will choose a woman from a socialist background, someone with considerable parliamentary experience.

Which would leave Emmanuel Macron with a choice between Marisol Touraine, Hollande's Social Affairs Minister, and Audrey Azoulay, the Unesco boss, another minister in the last Socialist government.

Except that former Socialists are not at all in favour with the majority of left-wing voters. And a refugee from the Hollande era might scare away right-wing support, used to seeing Macron choose his government chief from the ranks of the right.

It is anything but.

Latest Photo Reports
Catch up with all the political quotes from our politicians.
Advertise here
More France
ModernGhana Links
Cannes film-makers urge France to face up to colonial past
Will France get closer to the Quad to counter Chinese threat in the Pacific?
France's Macron wants 'quick opinion' on Moldova request for EU membership
Probes into anti-France demo deaths in Niger say cause unclear
'Heat dome' in France delivers record May temperatures
Probes into anti-France demo in Niger say cause unclear
Paris attacks survivors talk of broken relationships and lives filled with fear in the aftermath
Explainer: why you don’t need to hold elected office to become PM in France
New French PM Borne mandated to put ecological transition at heart of government policy
TOP STORIES

Terrorism: Be quick to report any suspicious persons or pack...
18 minutes ago