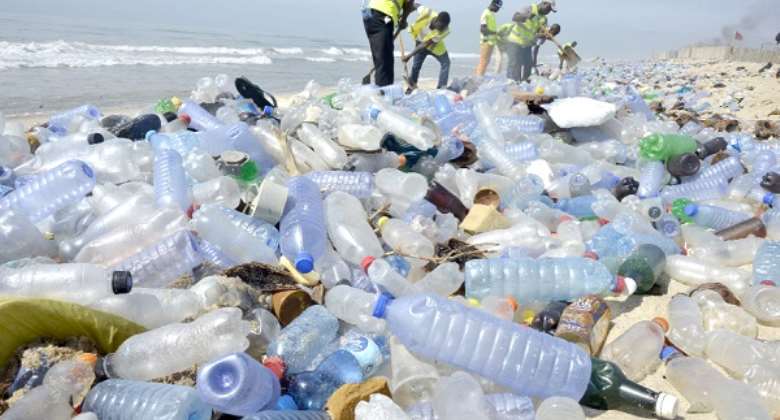 The Director-General of the National Environment Management Authority of Kenya, Mr. Mamo B. Mamo has urged African governments to take responsibility and the needed steps to tackle plastic waste.

All over the world, plastic waste has become a nuisance to the environment. Whiles some countries are succeeding in dealing with the menace, Ghana and many other African countries have been struggling.

Although there have been talks of dealing with plastic waste in the country, no strong action has been taken as the menace continues to be a major problem.

In Ghana, it is reported that the country generates around 1.1 million tons of plastic waste per year.

Appearing on the GTV Breakfast show on Friday, May 13, 2022, to share the success story of Kenya after banning plastic in 2017, Mr. Mamo B. Mamo stressed that the benefits have been enormous.

He said governments on the continent must lead the way and take necessary action for their people to follow to protect the environment from plastic pollution.

“What is really key is appreciate the environment because this is your life and most of these diseases are as a result of not caring for the environment and plastic is one of them. It’s a major polluter.

In taking the bull by the horn, the Director-General of the National Environment Management Authority of Kenya urged governments not to tred that path alone.

He said when regulations are made, the people must be engaged and made to understand the need to fight plastic pollution.

He stressed that it is only collectively that the fight against plastic and waste of any kind can be won.

“The government can come up with the regulations, laws, and all that but unless the citizens take responsibility and have positive attitudes towards the environment it’s going to be a big challenge.

“The founding father of this country, Dr. Kwame Nkrumah said Africa is one, one nation and one people. We must ensure that Mother Earth must be protected by all of us,” Mr. Mamo B. Mamo concluded.

Mr. Mamo B. Mamo is in Ghana for the 2022 Africa Public Sector Conference & Awards (APSCA 2022). The gala night is scheduled for Friday evening at the Kempinski Hotel Gold Coast City Accra.