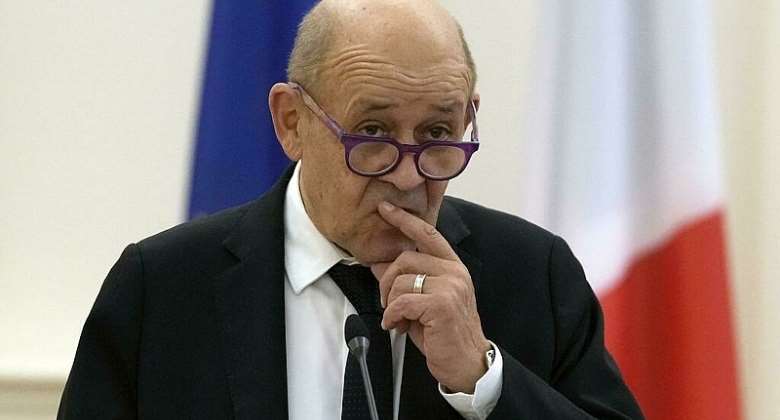 French Foreign Minister Jean-Yves Le Drian has been summoned by a court in Bamako as part of an investigation into an alleged "attack on public property and other offences" dating back to 2015, concerning the manufacture of Malian biometric passports. This comes at a time of tense relations between France and Mali.

The Bamako court has summoned Le Drian to present himself on 20 June at 8am "for a matter concerning him".

Le Drian and his son Thomas are suspected of "attacking public property and other offences at the expense of the Malian state".

The summons was prompted by a complaint from Maliko - a civil society association close to the military junta - regarding a biometric passport concession dating from 2015.

Maliko accuses Le Drian, who was then France's defence minister, of having "taken advantage of his position to twist the arm of [former president] IBK [Ibrahim Boubacar Keïta]", to accept that Oberthur, a Breton company now called Idemia, would win the contract to manufacture Malian biometric passports, replacing a Canadian company.

Maliko believes that "Malian rules and procedures have been blithely violated".

A French diplomatic source told RFI that the French embassy in Bamako has not been officially called upon, denouncing what it called the "umpteenth provocation intended to put a spanner in the works."

However, a Malian magistrate reportedly maintained that the summons of France's foreign minister has "no legal basis".

Relations between Bamako and Paris have deteriorated of late, due - in particular - to the arrival of the Russian mercenary group Wagner on Malian soil.

The authorities in Bamako - dominated by the military, which came to power in a coup d'état in August 2020 - declared earlier this month, that they were breaking off their defence accords with France and other European partners.

The accords were put in place nearly a decade ago to help Mali's army in it's fight against jihadist movements across the Sahel.

Speaker Bagbin calls on Israeli counterpart in Jerusalem
37 minutes ago