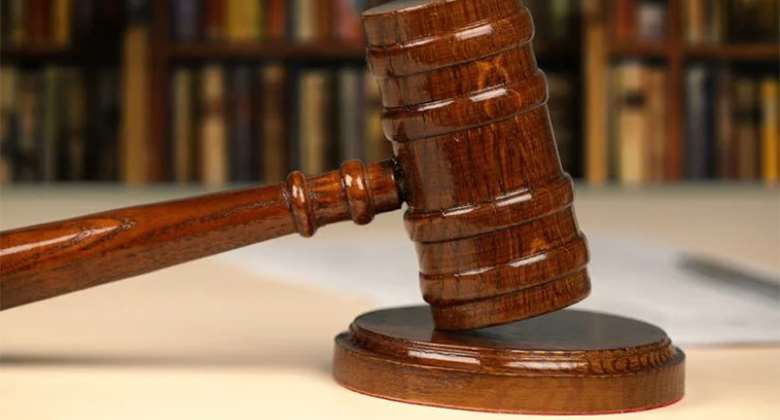 “… I was motivated to set down some of my thoughts and opinions all geared towards safeguarding the profession by contributing what I consider to be my widow's mite for them to be cautious…” - KOFI ACQUAH DADZIE, Ex Magistrate (Agona Swedru, Sogakope): Law lecturer, Maiduguri University: Senior Magistrate, Botswana

KOFI ACQUAH DADZIE authored the book “Court Manual for Journalists.” Justice S.A. Brobbey (ex. Chief Justice of the Republic of the Gambia, a retired Justice of the Supreme Court of Ghana and a Senior Lecturer in the Ghana School of Law notes in the “Forward”: “Law is a wide topic which even trained lawyers struggle with. A compact material like that produced by Mr. Acquah-Dadzie can easily serve purposes similar to what the voluminous books do for lawyers.”

Indeed, the “compact material” will be found very useful for all citizens, especially those in the media world who are identified as the “Fourth Estate” of the realm, a term which is now applied to all branches of the media, though in the 19th century, it was limited to the press. Edmund Burke, at the opening up of press reporting of the House of Commons, first used it in 1787. Henry Fielding described the “mob” as constituting the Fourth Estate, and Oscar Wilde later wrote: “The press has become the only estate that has eaten up the other estates (Executive, Legislature, and Judiciary).”

In a 167-page book, Kofi Acquah-Dadzie, gives a guide to journalists who report from the courts. Chapter One highlights the Functions of the Courts of Ghana, and it includes : Sources of the Law, the Judicial Oath, General Jurisdiction of the Supreme Court, Qualifications, District, Circuit, High Courts, Juvenile Courts, Judicial Committee of the Traditional Councils/House of Chiefs, State Attorneys.

Chapter Three: The Bench, Bar and Parties in Court – the protocol in entering and leaving the court room, wigs and gowns, Lawyers as Counsel, (the word 'counsel' has no plural), Arguments (“… the lawyers are bound by legal ethics to respect their seniors and themselves to give a true meaning to the word 'fraternity'… a member of the public present in the courtroom may expect them to be enemies over the case, but they diffuse (BETTER: defuse) this by smiling…”; the Dock; the Witness Box; Hostile Witnesses.

Chapter Four: How the Courts Operate: the Honourable Chief Justice; Behaviour in the Court Room; Civil and Criminal Cases; The Sentencing Procedure: Attorneys for Parties in Civil Cases and Accused in Criminal Cases; Distribution of Case Files; Bail; Police.

Chapter Five: Criticism of the Court's Decisions: The right to criticise the court; the Journalist on Duty in Court: to ensure that all the terminologies used in court are correctly reported or given their correct interpretations. If he is not familiar with any of the legal jargons, for instance, he has every right to approach the court clerk for clarification.

“It is always advisable to obtain the correct information than (x) to rush out of court and misreport or misinterpret (BETTER: misinterpret) any part of the courts (BETTER: court's) proceedings.” The Court of Law (an edifice) and the Court of Public Opinions (no structure); Publication of Comments in the Print Media: “The law does not permit criticism or comments when the case is 'sub judice', under judicial consideration.” It is accepted that there is a constitutional guarantee of freedom of speech and expression but it is not absolute.

Chapter Six: Contempt of Court and Defamation: making noise in court is contempt in 'facie curiae' (in the face of the court), disobeying a court order is 'ex facie curiae' (out of the face of the court), punishable by a fine or jail term. Contempt on the Radio and Television: Defamation in different forms (verbal or written) “…section 3 of the code of Ethics of Ghana Journalists Association states: 'A journalist should guard against defamation: libel, slander and obscenity'.”

Chapter Seven: Entry into the Court Room for Business: “The reporter must, of course, visibly wear the badge, introduce himself to the clerk of the court, (for) members of the public are disallowed from writing or reading while the court is in session”; Dressing to the Court: “Any dress, neat and appealing to the sight will suffice, nothing must distract the attention or concentration of the court during the proceedings.”

Adjournment: “A plea of alibi would mean that (the accused) was elsewhere, and therefore he was not at the scene of the crime leveled against him.” Ruling and Judgment: In a civil case, the defendant may be found 'liable', in a criminal case the accused may be found 'guilty': “If the court frees an accused after a trial, the expression used is he is acquitted and discharged not the other way round.”

Chapter Eight: Common Criminal Offences often reported: murder; manslaughter (offender did not intend to cause death); rape; defilement (girl below the age of 16); incest (sexual intercourse between persons who are related by blood); robbery; corruption; stealing; burglary; when sentences can run side by side (concurrent sentences); two sentences – one to follow the other (consecutive sentences).

Tips for Radio Stations, Newsreaders/ Newscasters (p104 – 126) could have been given a separate chapter. Early morning greetings and chatting: “The time which could be spent profitably, discussing some matters of national interest may be used for less purposeful items, funerals, weddings, but of cause (Better: course) before news time.” Comments and criticisms with political colours: “The strongest political parties look at each crime with political lenses.” Motor accidents; Comments on sports; a Review of the local newspapers;