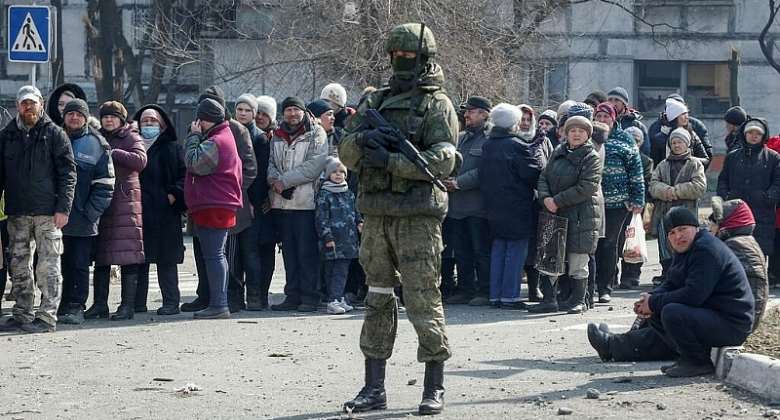 Ukraine has indicted a Russian soldier – one of over 600 suspects identified for alleged atrocities – in what will be its first war crimes trial over Russia's invasion.

Ukraine's top prosecutor has charged a Russian soldier in the killing of an unarmed Ukrainian civilian in the north-eastern village of Chupakhivka on 28 February, four days after the start of the war.

Writing on Facebook, prosecutor-general Iryna Venediktova identified the soldier as Vadin Shyshimarin, 21, a commander of the 4th Guards Tank Division.

According to the prosecutor's office, Shyshimarin and four other soldiers were fleeing an attack by Ukranian defense forces in a stolen car, and Shyshimarin was ordered to shoot at a 62-year-old man "so that he would not report them" to Ukranian troops.

Shyshimarin is accused of firing a Kalashnikov through the car window at the man, who was riding a bicycle on the sidewalk near his home while speaking on the phone. He died instantly.

Venediktova's office did not say when the trial would start, but that Shyshimarin, who is in custody, could get up to 15 years in prison if found guilty.

Volodymyr Yavorskyy, of the Ukrainian Center for Civil Liberties, said the group will be closely following the trial to see if it is fair and follows proper court proceedings, even during wartime.

Venediktova's office has said it has received reports over 10,000 alleged war crimes and has identified 622 suspects.

Many of the alleged crimes came to light last month after Russian forces stopped withdrew from around Kyiv, exposing mass graves and streets strewn with bodies, like in Bucha.

The International Criminal Court opened war crimes investigations in Ukraine in March, at the request of 39 countries, including all EU member states.

The UN Human Rights Council is due to hold a special session on Thursday on "the deterioration of the human rights situation in Ukraine", the same day as a new public meeting by the UN Security Council.

France and Mexico have requested briefings from the UN Department of Humanitarian Affairs and the United Nations Children's Fund during what will be the 16th Security Council meeting on the war in Ukraine.