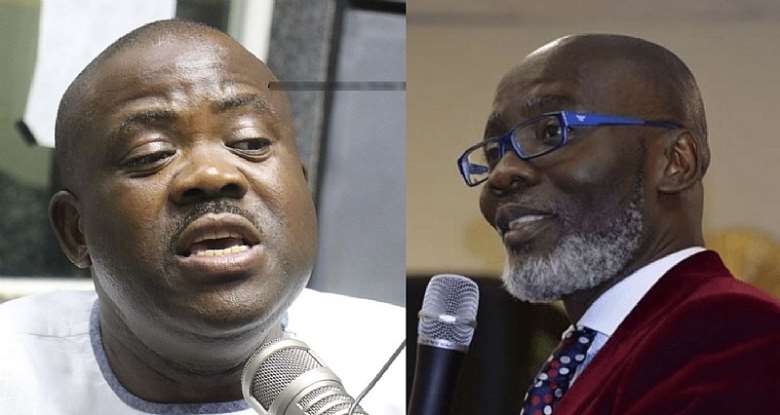 The National Organiser of the opposition NDC, Comrade Joshua Hamidu Akamba says it would be suicidal for NPP to compare President Akufo-Addo's records to former President John Mahama.

In his view, that would be the greatest harm the NPP would cause to its electoral fortunes since Akufo-Addo’s abysmal records cannot stand the test of time.

Comrade Akamba said this while responding to claims by Mr Gabby Asare Otchere Darko that it would be easy for the NPP to defeat Mr Mahama in 2024 because his records could not match that of President Akufo-Addo.

According to Mr Otchere Darko, the 2024 elections would be based on track records between Nana Addo and the NDC's Mr John Mahama who is eyeing a return.

Reacting to Gabby's assertions, Comrade Akamba said, “I’m extremely surprised that no other person except Gabby is saying this because he is an insider of the current government”.

He added, “he knows much about the poor performance of his cousin which has brought severe hardship to Ghanaians and worsened our plights."

According to Akamba, the NDC as a party wouldn't waste time and energy campaigning for the 2024 elections if it performed poorly like the current NPP government which has brought nothing except unbearable hardship.

“If the comparisons would be based on the hiring of expensive jets, nepotism, cronyism, corruption, taste for opulence and state sponsored attacks on journalists, then we all know that Akufo Addo is champion.

“But trust me if it would be based on prudent spending of state funds, infrastructure, protection of the fundamental human rights of the people among other positive things, then the NPP would be no match,” he stated.

He continued, “I want to believe that Gabby didn’t check the reckless borrowing of his cousin’s government and the current state of public basic schools before making the statement.”

He added that “a simple check of inflation, unprecedented depreciation of the cedi and reckless borrowing of Nana Addo is enough to inform him that his cousin cannot match Mahama.

He further maintained that Mr Mahama was the obvious choice for the NDC and a great threat to the NPP who are feeling uneasy about the coming of Mahama.

Going to the IMF with Ken Ofori-Atta leading will yield no r...
42 minutes ago