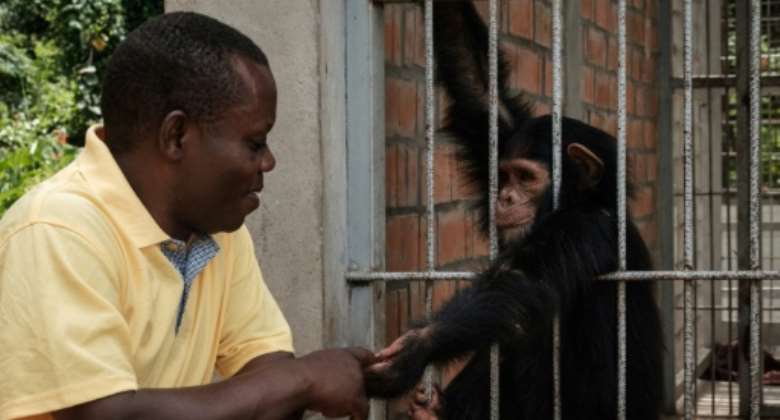 Burundi has often been synonymous with poverty, ethnic violence and most recently, a political crisis, but efforts are under way to change that. By Yasuyoshi Chiba (AFP)

Burundi: The name does not immediately evoke centuries-old forests sheltering elusive chimpanzees, or sandy beaches lined with palm trees that stretch along one of the largest lakes in the world.

Instead, the small, landlocked nation located in the heart of Africa's Great Lakes region has often been synonymous with poverty, ethnic violence and most recently, a political crisis that prompted 400,000 people to flee the country.

So the young team behind the VisitBurundi initiative have a tough job on their hands.

"We want Burundians and foreigners to come and visit our country," he continues, welcoming AFP to the Living Museum of Bujumbura, an intriguing cross between a craft market and a zoo, where a solitary leopard rubs shoulders with crocodiles and turkeys in Burundi's financial capital.

With very few visitors so far, tourist facilities are in short supply, except in Bujumbura.. By Yasuyoshi Chiba (AFP)

Launched last year, the initiative brings together around a dozen volunteers who organise trips for large groups of visitors, help to spruce up tourist destinations and, above all, broadcast Burundi's charms to the world.

"The communication strategy we use is based on social networks because we have understood that a lot of people" use them, Darlene Nahayo, 28, told AFP.

"Our target is largely young people," said the events and public relations manager, who also co-hosts a YouTube channel dedicated to women.

Burundi is classified as the poorest nation in the world in terms of gross domestic product (GDP) per capita, according to the World Bank.

The Living Museum of Bujumbura is an intriguing cross between a craft market, artists' workshop and a zoo. By Yasuyoshi Chiba (AFP)

But here too, as in other countries, young people -- who make up the majority of Burundi's population -- are increasingly connected.

And VisitBurundi's influencers and YouTubers produce a steady stream of polished posts and videos in English, Kirundi and French.

Sporting a T-shirt emblazoned with VisitBurundi, musician and influencer Alvin Smith posts videos of himself exploring the country's heritage sites, such as the sacred Gishora drum sanctuary.

The team is inspired by Dubai, where influencers thronged to beaches and bars even during the pandemic.

Bujumbura is not yet Dubai, but the prospects for tourism -- domestic and international -- are looking up.

In 2015, the country was plunged into crisis after then president Pierre Nkurunziza declared he would run for a third term, triggering deadly violence that cost at least 1,200 lives.

The 2020 election of Nkurunziza's designated successor, President Evariste Ndayishimiye, fuelled hopes of political progress, with the United States and the European Union announcing a resumption of foreign aid to the impoverished country in recent months.

Rights campaigners continue to sound the alarm while a UN Commission of Inquiry warned last year that abuses had worsened since Ndayishimiye took power.

Burundi is classified as the poorest nation in the world in terms of GDP per capita, according to the World Bank. By Yasuyoshi Chiba (AFP)

But the young people behind the tourism initiative remain hopeful.

"Now we have stability in terms of security and we have a president who encourages young people, who wants us to develop our country," said Niyonzima, adding that VisitBurundi was in discussions with the authorities to formalise a partnership.

Burundi's government did not respond to AFP's interview requests.

With very few visitors so far, tourist facilities are in short supply, except in Bujumbura, where hotels and beachside restaurants are scattered along the shores of Lake Tanganyika.

With very few visitors so far, tourist facilities are in short supply, but expanding them is one of VisitBurundi's priorities. By Yasuyoshi Chiba (AFP)

Expanding them is one of VisitBurundi's priorities.

On the outskirts of Kibira National Park, a dense forest sheltering 200 to 300 chimpanzees, a small lodge is under construction -- the first to accommodate potential tourists -- with a breathtaking view of the surrounding tea plantations.

"People really like this forest... so it's better to create such a lodge to allow people to sleep" here, said tourist guide Deus-Dedit Niyiburana.

Since last December, international visitors can obtain their visa on arrival at the airport -- a vast improvement on a previously laborious process and a key step on the long road ahead for the young people behind VisitBurundi.