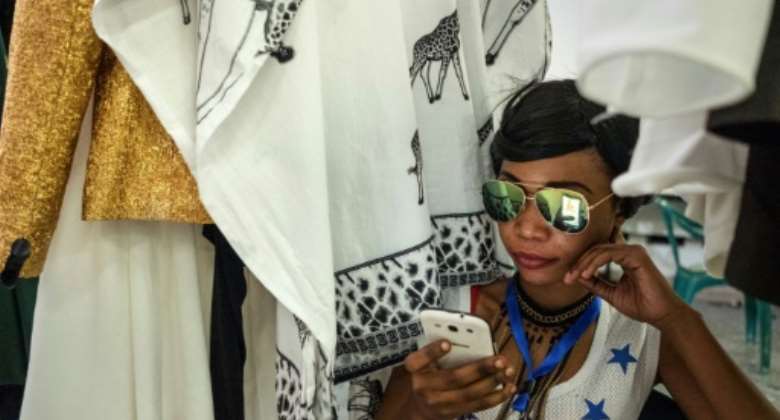 Half a billion people in Africa are connected to the internet, according to Interpol. By Daniel Hayduk (AFP)

Cyber experts are urging Africa to up its game in the face of criminals targeting the continent's fast-growing internet economy with scams and theft.

Countries south of the Sahara are some of the world's fastest-growing online markets -- which makes them both attractive and vulnerable to cybercrime, say specialists.

"The issue of cybersecurity has to be raised to the core duties of the state," Chadian economist Succes Masra said at a cyber conference in Abidjan, Ivory Coast's economic hub, which ended on Tuesday.

"If you do that, you will get follow-through. There's incomplete awareness about this problem, and we have to speed things up."

Half a billion people in Africa are connected to the internet, according to Interpol -- a figure that in raw numbers places the continent ahead of other regions such as South America or the Middle East.

There is plenty of room for growth, as more than 60 percent of the continent's population is still offline.

Major attacks on the internet itself are very rare in Africa, the most spectacular being a brief takedown of the web across the West African state of Liberia in 2016.

Instead, say experts, fraud and theft are flourishing, inflicting an estimated economic cost of $4 billion a year.

"Less than five percent of the attacks which we have in Ivory Coast are pure attacks on computer systems," said Colonel Guelpetchin Ouattara, in charge of the country's anti-cybercrime unit.

Many Africans use their mobile phones to make instant transfers of money, often through shops, in order to avoid the expense and time of using a bank.

The trends in Africa are a lesson to the continent not to follow other parts of the world in how they tackle online crime, said Ouattara.

"We have to shape our response to the local problem. You can't compare Africa with other parts of the world which have their own specificities, their own digital environment, their own risks," he said.

Several countries in Africa have already implemented a strategic plan for cybersecurity, setting up units with specialised investigators and launching awareness campaigns.

In Ivory Coast, for instance, the Platform for Fighting Cybercrime (PLCC) has 200,000 followers on its Facebook page, where it provides the public with tips and informs them of emerging threats and arrests.

E-commerce is booming in Africa, and so is demand for cyber protection, say experts. By PIUS UTOMI EKPEI (AFP)

"Digital security has to become a reflex for the public, exactly the same as when you lock your door at night," said Ouattara.

Seminars at the two-day event ranged from the risks to Africa's financial industries and e-commerce, to enhancing data protection and beefing up pan-African cooperation in fighting cybercrime.

Around 20 companies promoted their products or services on the sidelines of the conference.