Prison guard dies after escape with inmate in USA 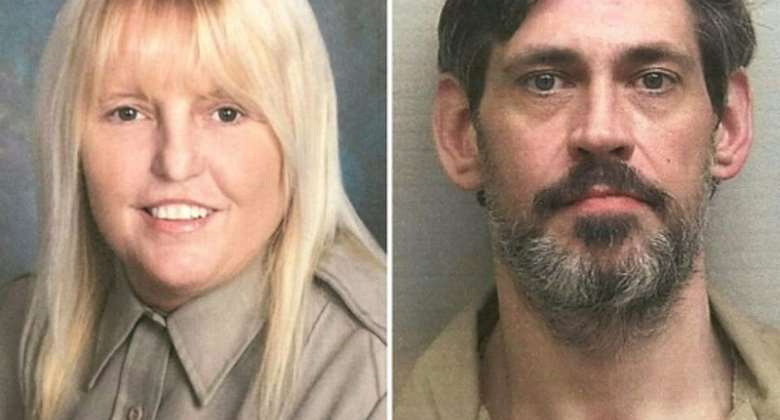 The escape of a serious criminal and his prison guard and alleged lover in the USA has come to a tragic end.

Police announced on Monday that correctional officer Vicky White shot herself after a chase. The suspected murderer Casey White, on the other hand, was arrested. The two had caused a stir with their escape from a prison in the US state of Alabama ten days ago.

The police discovered the two fugitives, who are not related despite having the same surname, after a tip-off several hundred kilometres away from the prison in the state of Indiana. The pair had been recognised at a hotel.

During the ensuing chase, the pair drove their getaway vehicle into a ditch. While 56-year-old Vicky White succumbed to her gunshot wound in hospital, 38-year-old Casey White was arrested with minor injuries. According to the police officers, no shots were fired. No one else was injured.

"We took a dangerous man off the streets today," said Lauderdale County, Alabama, Sheriff Rick Singleton, in whose jurisdiction the jail is located. "He will never see the light of day again." Casey White had multiple prior convictions. He was sentenced to 75 years in prison for kidnapping, burglary and attempted murder, among other charges.

Authorities had been searching high and low for the warden and the criminal. Vicky White had picked up the inmate from the Lauderdale County jail at the end of April - ostensibly to bring him to court for a psychological examination. However, the two never arrived at the courthouse and disappeared. It was the last day of work before the jailer retired.

Investigators found that in the weeks before the escape, the officer had sold her house and withdrawn about $90,000 in cash from several banks in the area. Under an alias, she bought an SUV as a getaway car.

Until then, the petite woman had led a seemingly orderly life without any great conspicuousness. Her alleged lover, on the other hand, is a 2.06 metre (tall) colossus whom the authorities classify as "extremely dangerous". According to the report, he bears a tattoo of a racist prison gang.