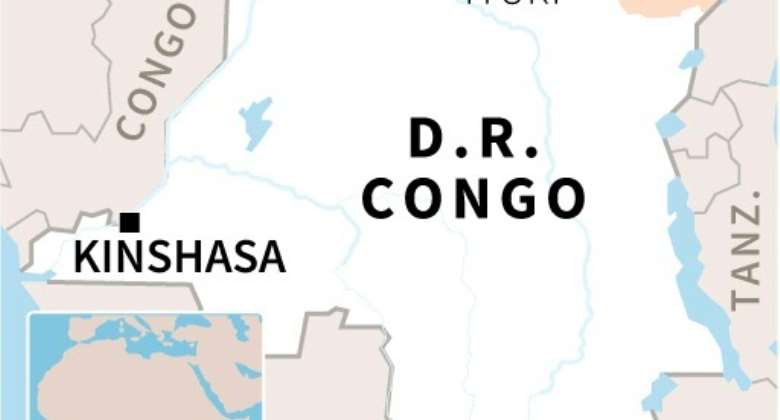 Fourteen civilians were killed in an attack on a displaced persons' camp in Ituri province in conflict-torn eastern DR Congo, a monitoring group said on Tuesday.

The attack occurred on Monday, according to the Kivu Security Tracker (KST), a respected monitor of violence in the region.

It added that it suspected militants from an ethnic armed group called CODECO to be behind the attack.

CODECO -- the name for the Cooperative for the Development of the Congo -- is a political-religious sect that claims to represent the interests of the Lendu ethnic group.

It is considered one of the deadliest militias operating in the east of the country, blamed for a number of ethnic massacres in Ituri.

Jules Tsuba, president of an association of civil society groups in the region, said most of the victims in Monday's attack were children and stressed the death toll was provisional.

Photos seen by AFP showed children splayed on the ground, covered in blood.

Ituri and neighbouring North Kivu province have been governed by the security forces since May last year in a bid to stem attacks, but massacres have continued.