You sit on radio, TV to express views yet you say there's culture of silence in Ghana — NMC Chair 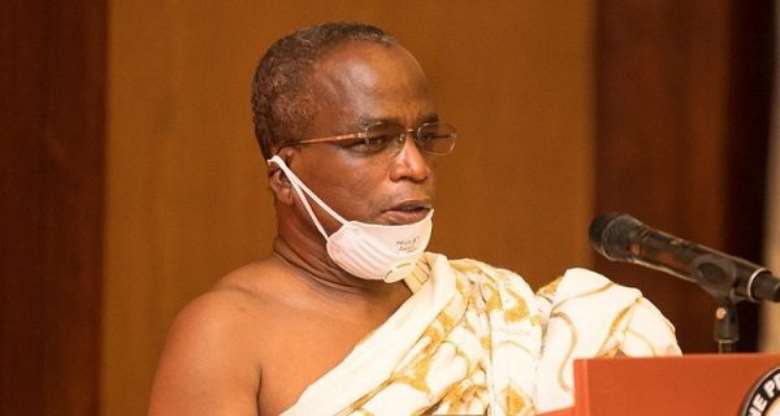 Chairman of the National Media Commission (NMC) Mr Yaw Boadu Ayeboafo, has wondered why some persons are claiming there is suppression of free speech or culture of silence in Ghana when these same people appear on radio and television stations daily to express their views on national issues freely.

In his view, there is no suppression of free speech in Ghana.

He explained that anytime a person speaks favourably of the National Democratic Congress (NDC), most definitely supporters of the New Patriotic Party (NPP) will attack that person or the way other way round.

This, in his view, cannot be described as culture of silence although he, believes this situation is pushing knowledgeable resources person away from commenting on issues thereby allowing ignorant individuals to dominate the airspaces.

“Recently, I listened to a programme on a radio station where somebody was saying that Nana Akufo-Addo is a lawyer but he doesn’t understand the law and that we don’t need any referendum for the election of DCEs, and he was quoting from constitution. Meanwhile, there is nothing like that in the constitution. This is an ignorant person.

“The consequences of this is that there are many good people who know but are not talking and so some of the times we have left those who do not know and those who do not understand to be talking.”

Akufo-Addo cuts sod for $90million University of Engineering...
11 minutes ago