We won't call off strike despite meeting MPs — CLOGSAG 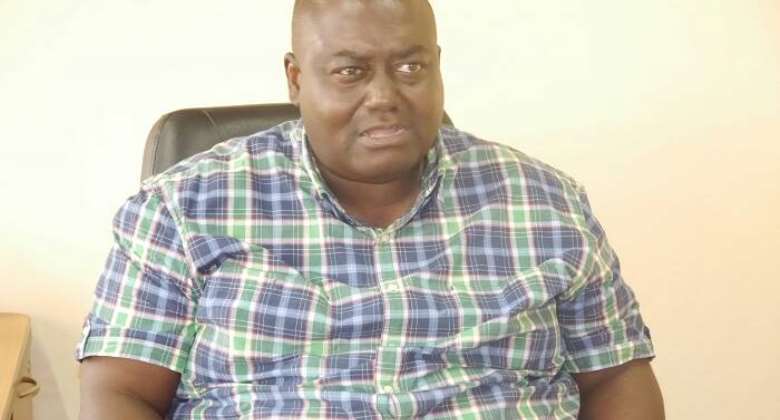 Members of the Civil and Local Government Staff Association of Ghana (CLOGSAG) say they will not call off their strike unless the government meets their demand.

This is despite the meeting the leadership of CLOGSAG had with the Parliamentary Select Committee on Local Government and Rural Development on Monday, May 9.

“It is not our making, the National Labour Commission gave the directive that Finance Ministry should come out with the payment plan to Controller and Accountant General’s Department, that is what we need to call off the strike, that is what we are waiting for,” Executive Secretary of CLOGSAG Isaac Bampoe Addo told TV3’s Daniel Opoku in an interview after the meeting with the Committee.

Regarding the meeting, a Ranking Member on the committee, Nii Lantey Vanderpuye said it was intended to see how the matter could be resolved amicably.

Mr Vanderpuye told TV3's Evelyne Tengmaa after the engagement that “It has been a fruitful discussion, we members of the Local Government Committee have acquired the knowledge we are looking for to be able to have the right perspective from the CLOGSAG point in our help to resolve this important issue.

“You know that Local Government Workers Union is part of CLOGSAG and as members of local government committee of Parliament, whatever impact on them is of concern to us as part of our oversight responsivity.

“Let me also say the the Rt Honorable Speaker when he heard about this meeting called to express his joy that is the responsibility of Parliament to help the Executive and the Civil Service to resolve this matter amicably.”

Members of CLOGSAG began an indefinite strike on Thursday, April 21 over the nonpayment of the neutrality allowance.

CLOGSAG said it was noted that payment of the Neutrality Allowance they demanded had not been effected as agreed in spite of official reminders and follow ups to the Ministry of Finance.

Earlier, Head of Local Government Services, Dr Nana Ato Arthur, told TV3's Daniel Opoku in an interview on Monday, April 25 that government has agreed to pay the allowance but wanted the name changed.

“Both parties government and CLOGSAG have shown a very good faith as far as this is concerned. Government was very transparent…

“…We are pleading with you CLOGSAG, we can only implement that allowance that we say we are going to give to you, forget about the terminology that we call it. Because today, that terminology, that nomenclature doesn't sit well with us as government.

“So let us have a team to look at how it is going to be called however, that allowance, we will give to you effective the last quarter of the year, from October.

“CLOGSAG accepted the offer, that was last Friday.”